Brilliant strategic use of a “textbook” amphibious assault

The Inchon amphibious landing and battle to take Seoul directed by the commander of Republic of Korea and United Nations forces, U.S. General of the Army Douglas MacArthur, resulted in a decisive victory and strategic reversal in favor of the United Nations Command.

The amphibious assault at Inchon codenamed “Operation Chromite” was driven by the strategic and tactical vision of Gen MacArthur overcoming the misgivings of more cautious generals to a risky assault over extremely unfavorable terrain. With UN forces surrounded inside the Pusan Perimeter on the southeast corner of the Korean peninsula, MacArthur saw the opportunity to conduct an envelopment of North Korean People’s Army (NKPA) forces through an amphibious landing on the west coast of the peninsula.  The assault was assigned to the 1st Marine Division, still led by many veterans of the amphibious operations in the Pacific in WWII. Their virtually flawless execution of the Inchon landing was followed by a rapid collapse of the NKPA defenders.  However, despite the success of the landing the slow, tentative, 11-day advance on Seoul, only 20 miles away was characterized by cautious, restrictive orders, concerns about phase lines, limited reconnaissance and command posts well in the rear.  In addition, this tactical victory would eventually lead to communist China’s entry into the war resulting in a stalemate and division of the Koreas that persists to the present day.

The battle ended a string of victories by the communist NKPA and the subsequent UN recapture of the South Korean capitol Seoul partially severed the NKPA’s supply lines in South Korea. Inchon is often described as “military genius” on the part of MacArthur and the last unambiguous US victory in a large-scale combat operation until 1991’s Operation Desert Storm.

The Marine Corps Gazette and Leatherneck Magazine archives have more than 100 years of articles. Click the buttons below to read articles about the Battle of Inchon and its implications on the Corps, yesterday and today. 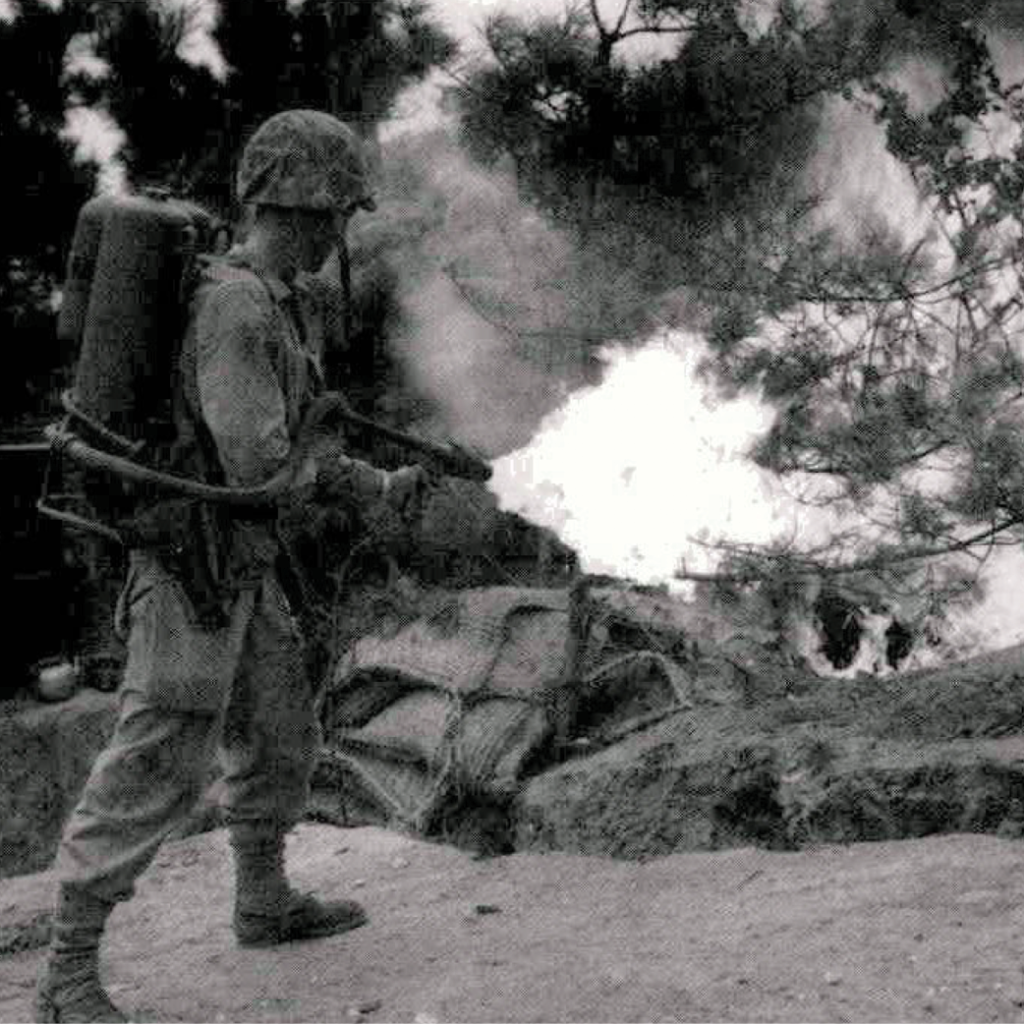 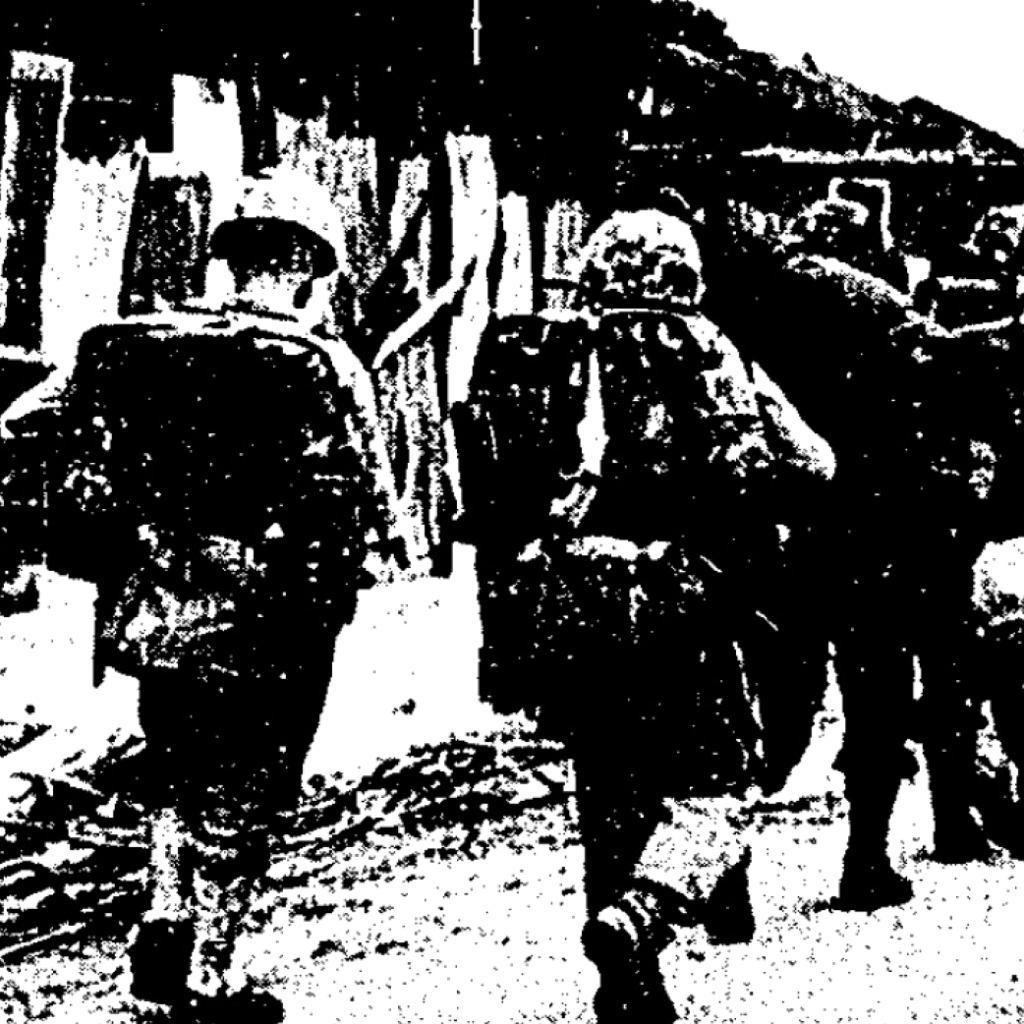 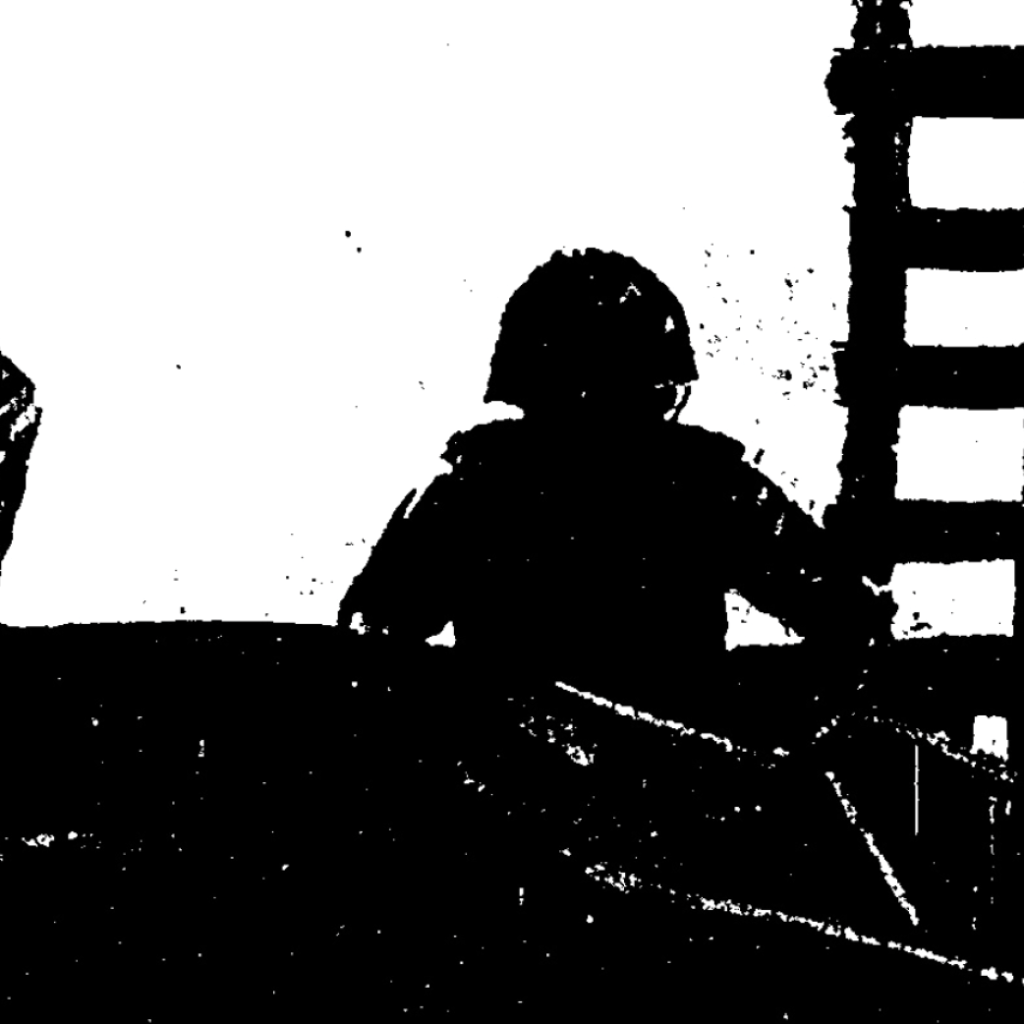 Sea Wall: Chronicles of the Corps 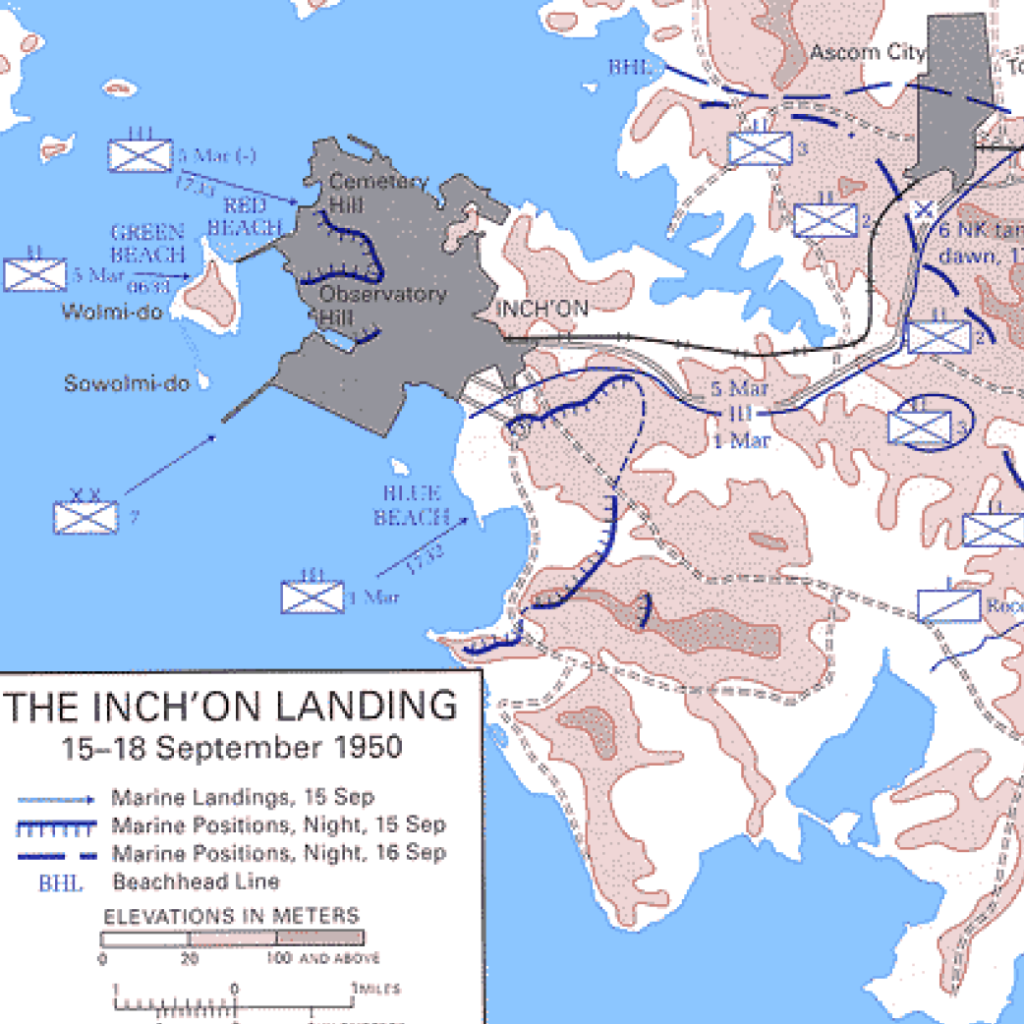 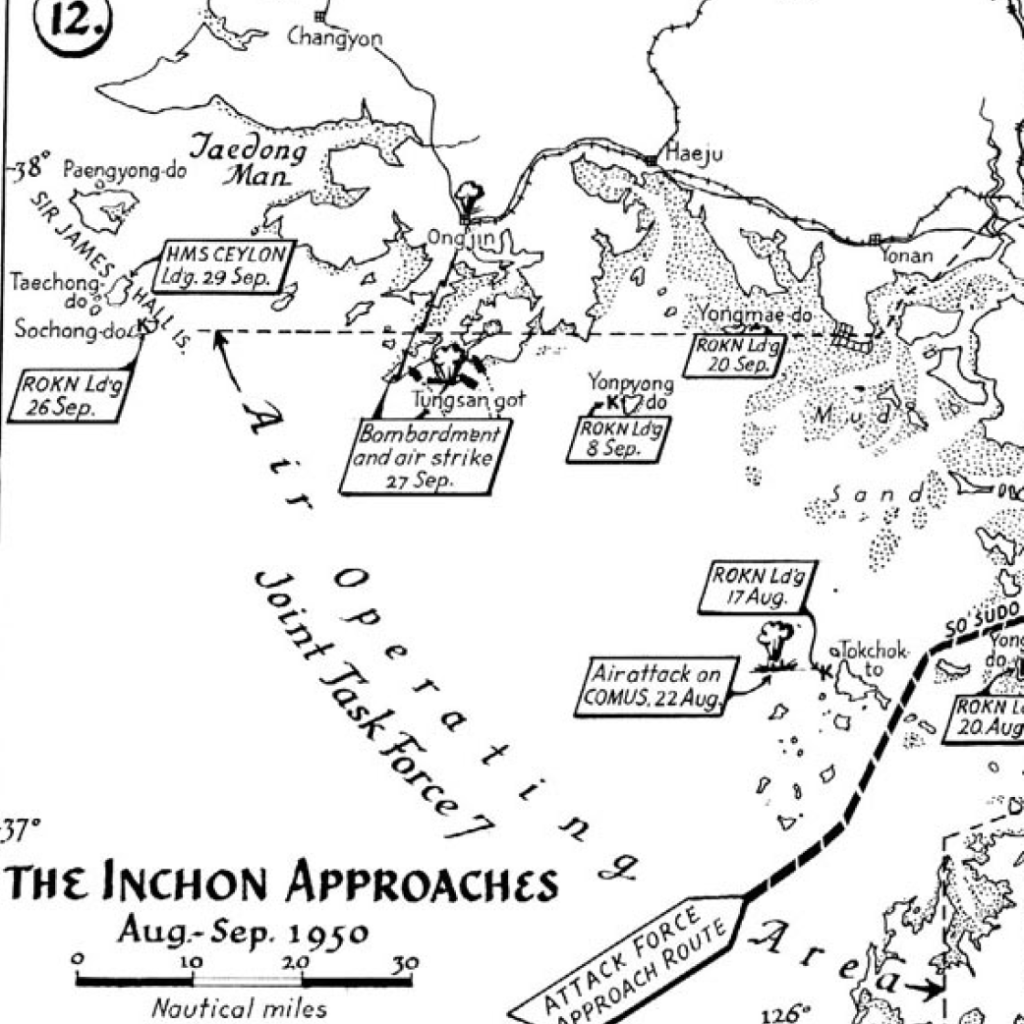 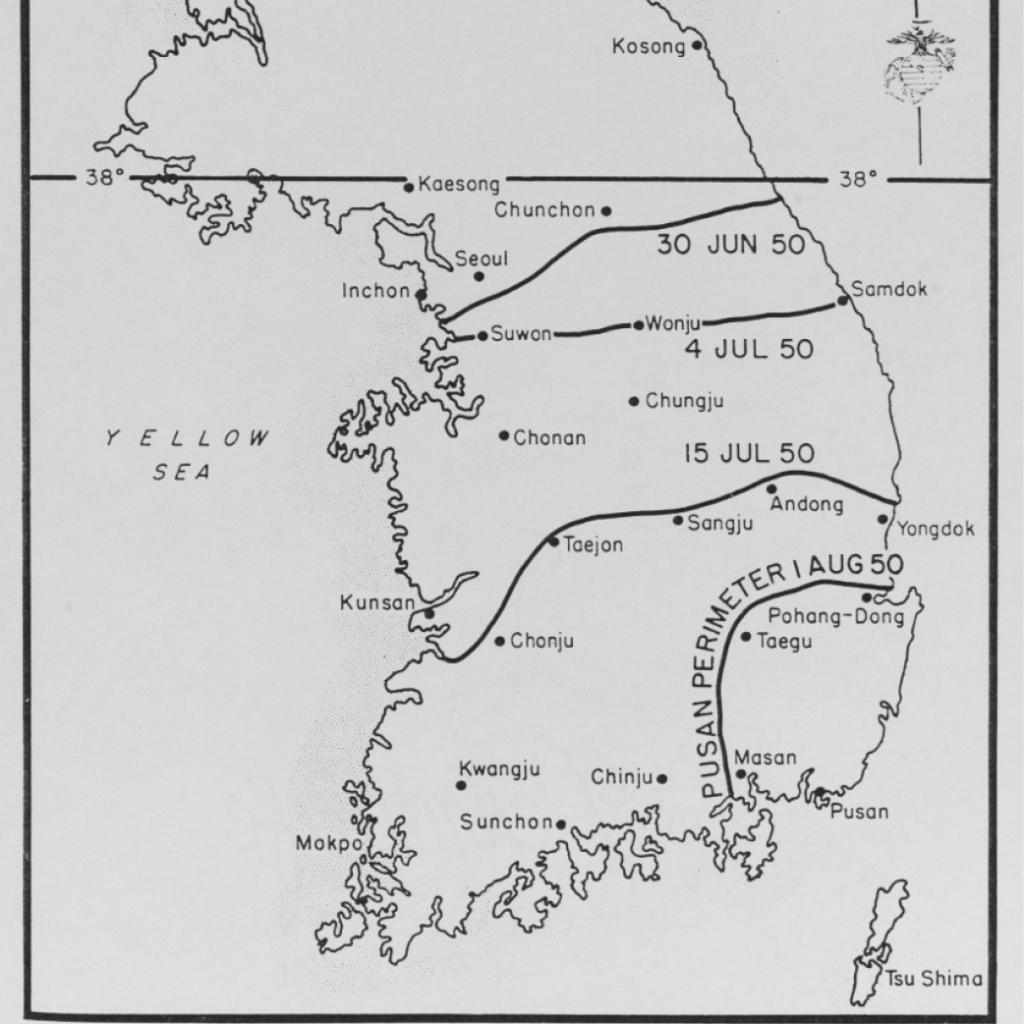 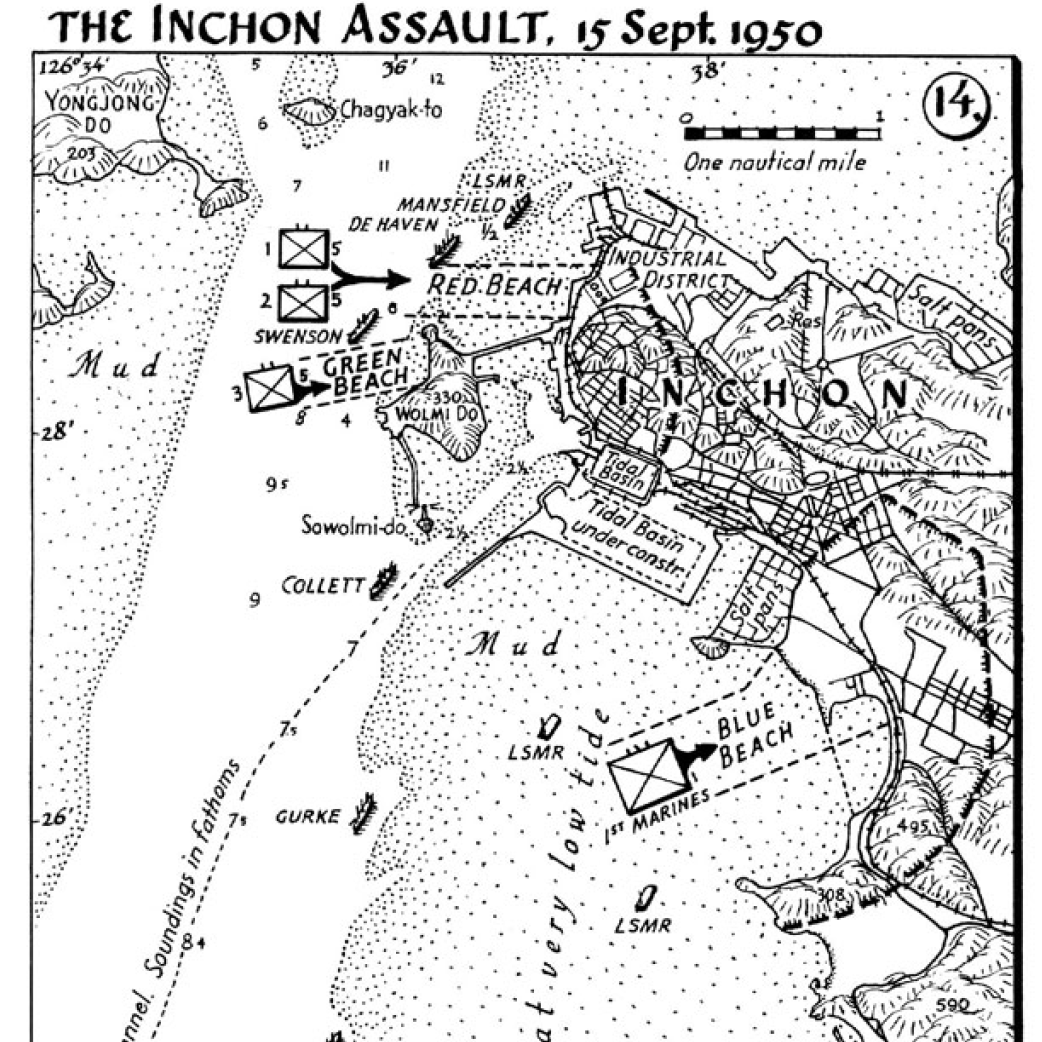 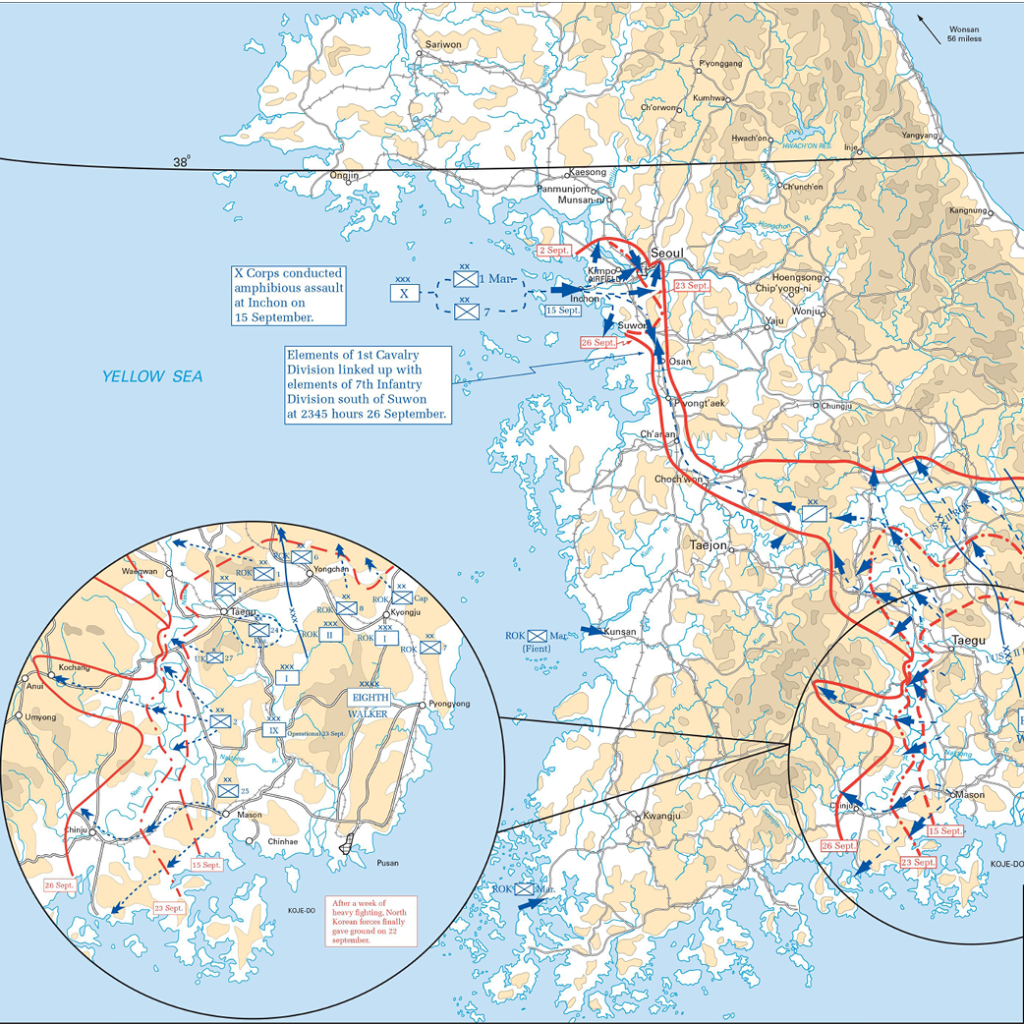 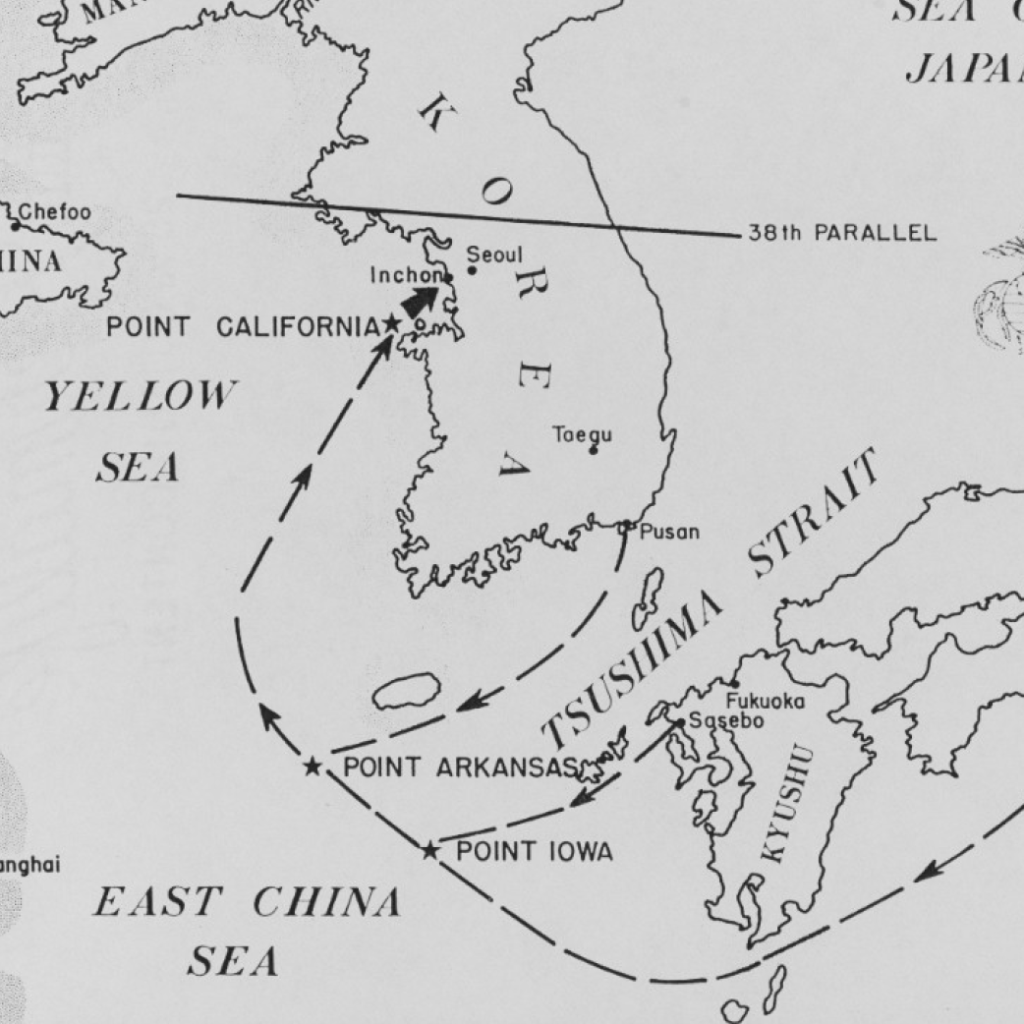 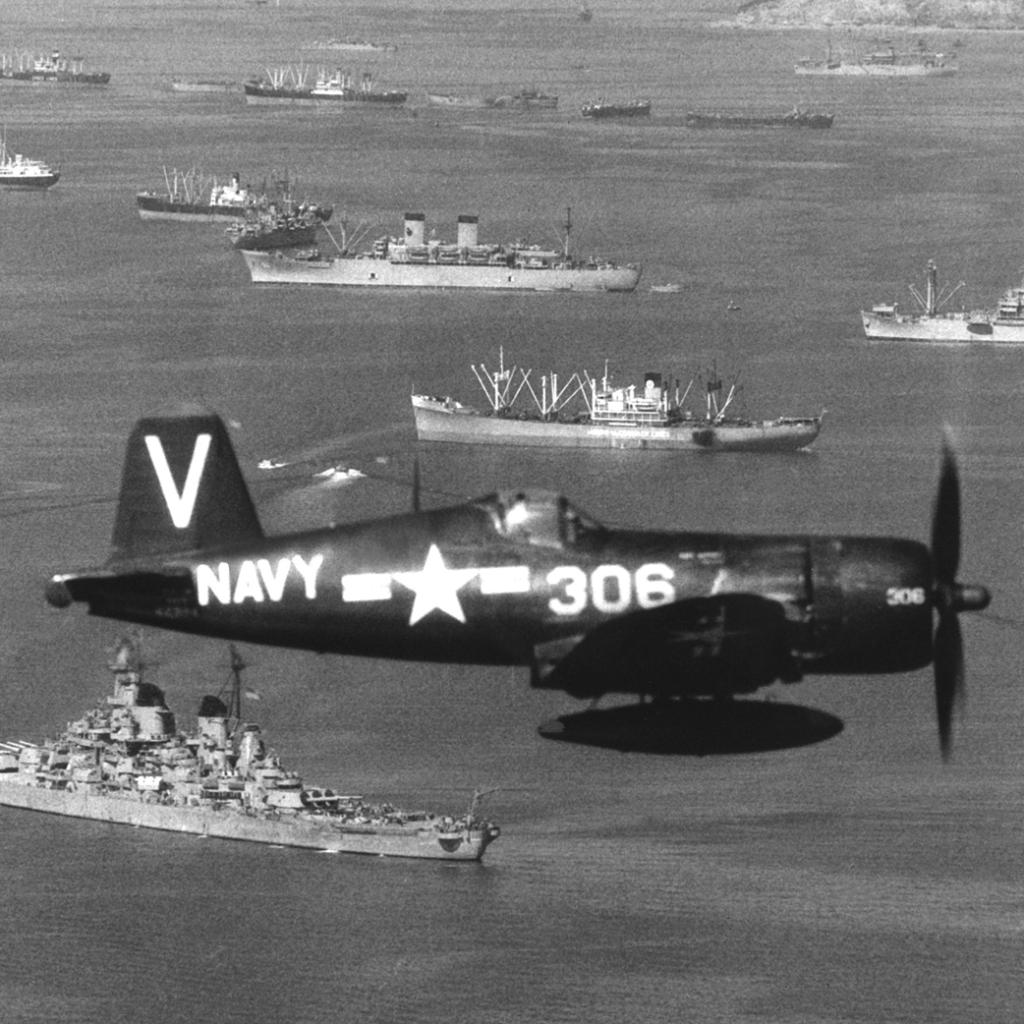 The Visionary: MacArthur at Inchon 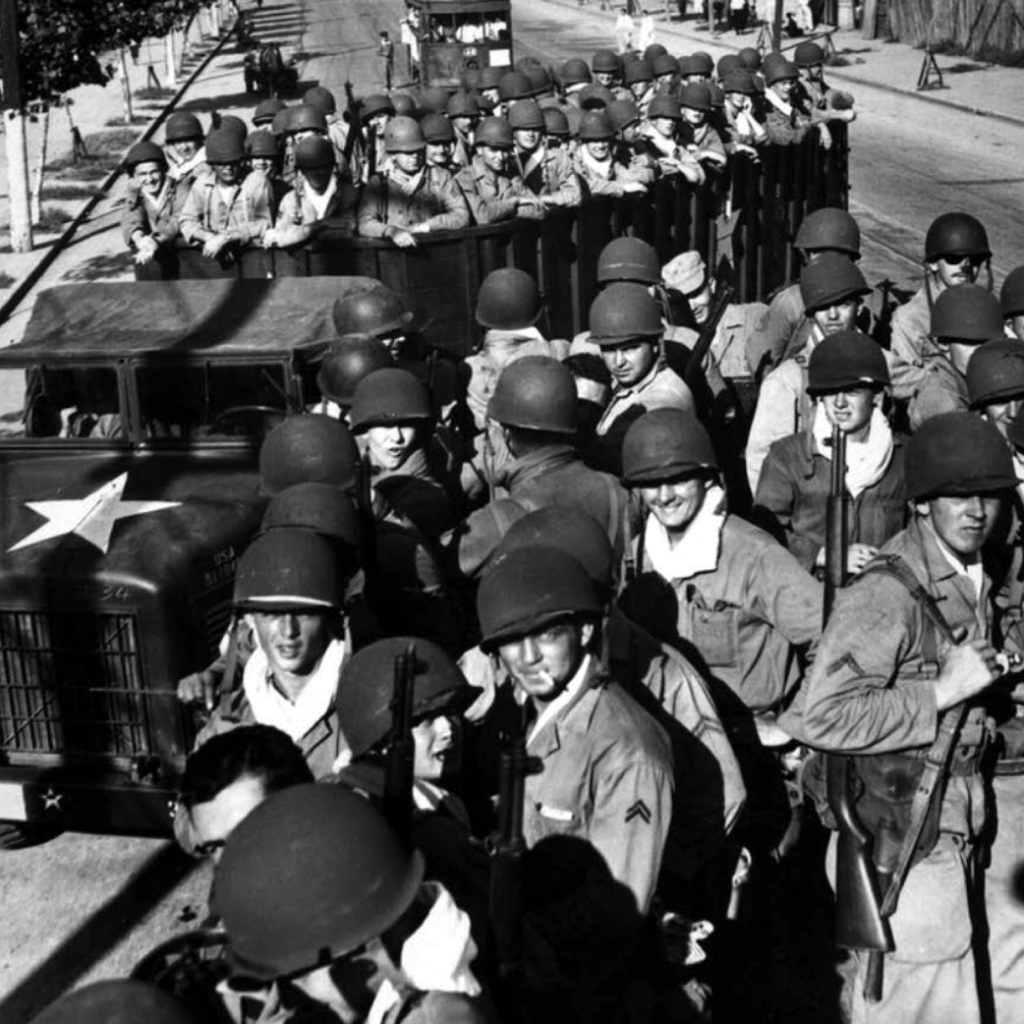 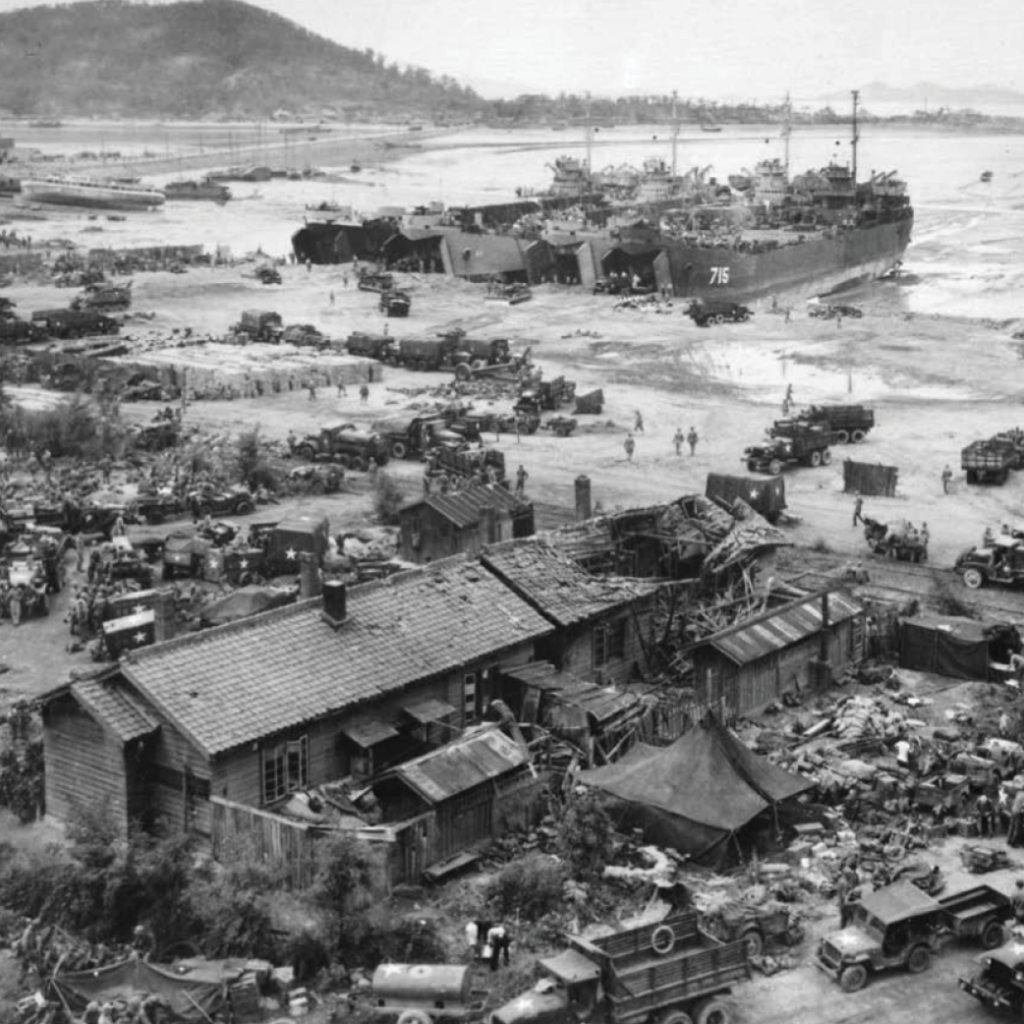 The Korean War: From the Inchon Landing to the Chosin Reservoir