HIGH INTENSITY URBAN FIGHTING IN THE MIDST OF A JUNGLE GUERRILLA WAR.

Hue had great cultural importance as the ancient imperial capital of Vietnam from 1802 to 1945. As part of the 1968 Tet Offensive by communist forces, the Viet Cong (VC) and the North Vietnamese Army (NVA) also known as the People’s Army of Vietnam (PAVN) rapidly took control of Hue and its surrounding areas, murdered roughly 2800 non-communist civilians and foreign visitors and captured an unknown number of people for “re-education.”

Following the initial communist capture of the city, 3 Marine battalions (1/1, 1/5. and 2/5) along with 4 US Army battalions (1st Cavalry Division) and 11 battalions of the Army of the Republic of Vietnam (ARVN) fought an intense month-long house-to-house battle to clear the city of VC-PAVN forces.  Marines were in continuous small unit combined-arms combat employing tank-infantry teams, recoilless rifles, mortars, grenades as well as tear gas and obscuration smoke to move from building to building and often from room to room. Allied air and artillery support were restricted by the poor weather, supply difficulties and initially by restrictions intended to limit damage to the city’s historic structures.  Throughout the entire battle the U.S. command consistently underestimated the size of the PAVN-VC forces.  For the majority of the battle, ARVN, Marine and US Army units each fought separate, largely uncoordinated engagements without a unified command structure, no overall strategy and competing demands for logistics, air and artillery support. Delaying the allied counterattack until a clear plan was developed and the necessary forces assembled might have reduced casualties and shortened the battle.

The battle was one of the longest and bloodiest of the war, and the battle negatively affected American public perception of the war.  While PAVN-VC defeat was inevitable in the face of U.S. firepower, the failure to sever the PAVN-VC supply lines and isolate the battlefield meant that the battle lasted longer and was more costly to the ARVN and U.S. than was necessary.  The battle was an ARVN-U.S. victory in only the narrowest sense in that they had evicted the PAVN-VC from the city at heavy cost but failed to annihilate them. Unplanned by the North Vietnamese, their greatest success was the shock and negative impact of the battle and the entire Tet Offensive on U.S. public opinion.

The Marine Corps Gazette and Leatherneck Magazine archives have more than 100 years of articles. Click the buttons below to read articles about the Battle of Hue City and its implications on the Corps, yesterday and today. 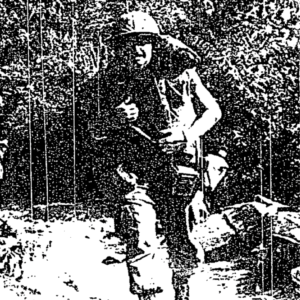 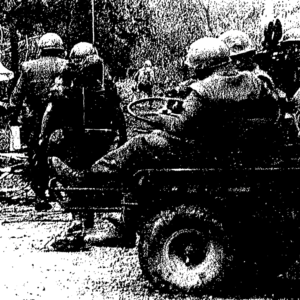 Running a Gauntlet of Fire Ten of ’68, Hue City 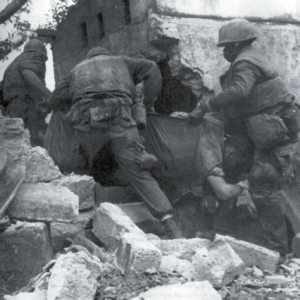 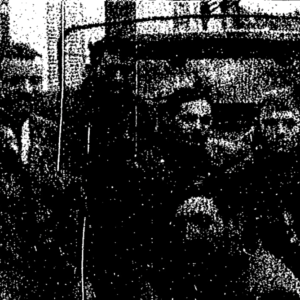 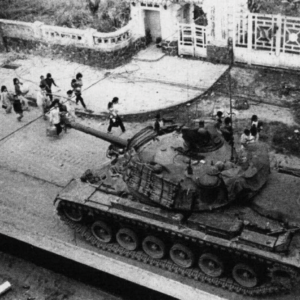 Hue City, 1968: Winning a Battle While Losing a War 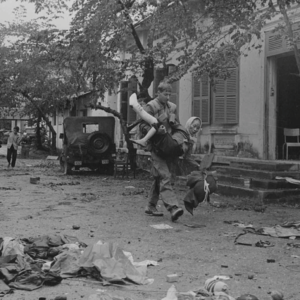 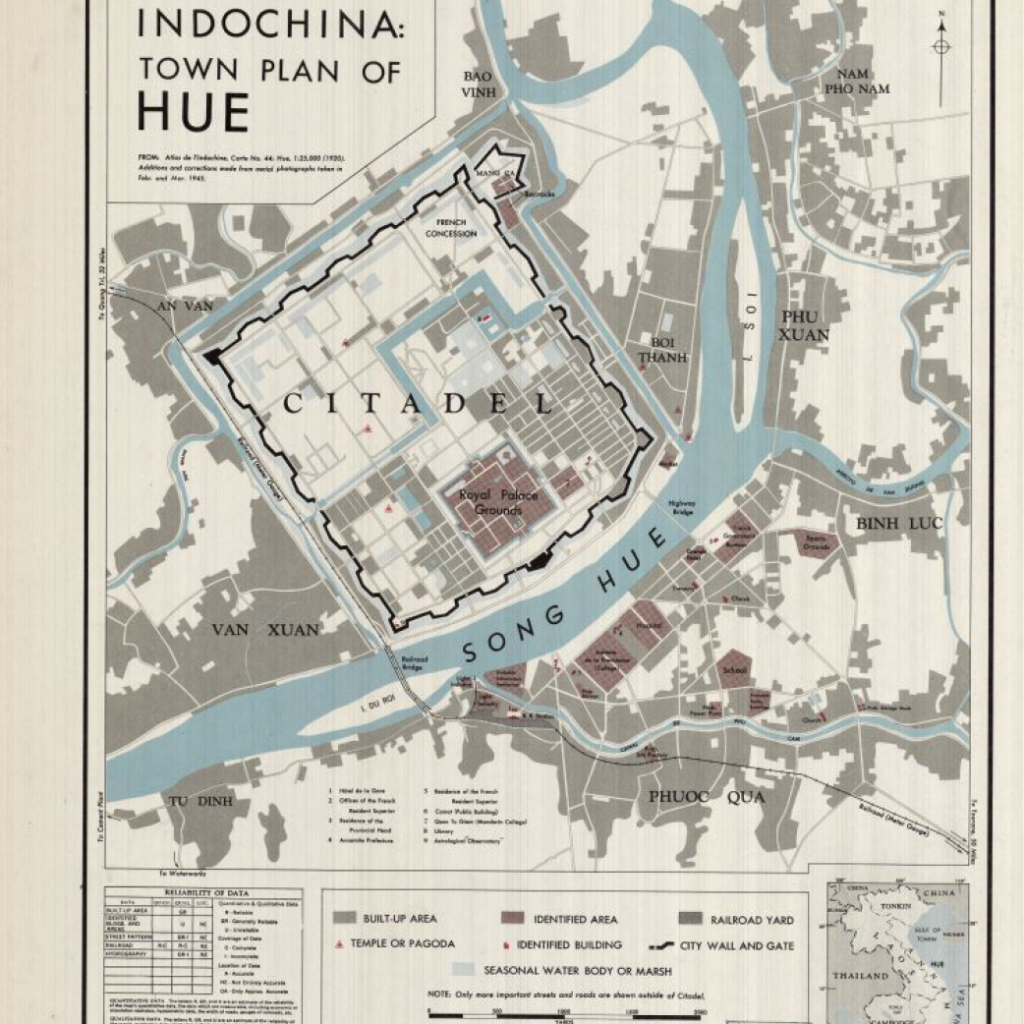 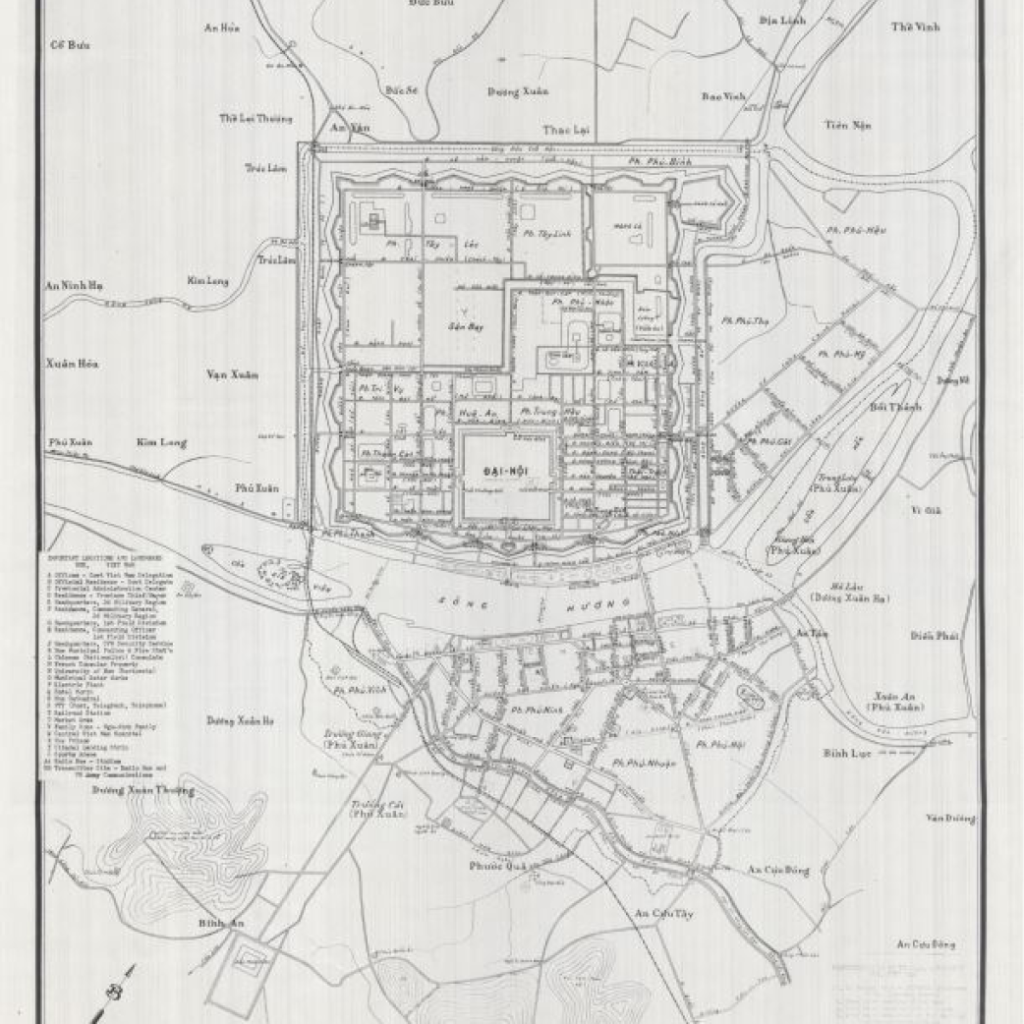 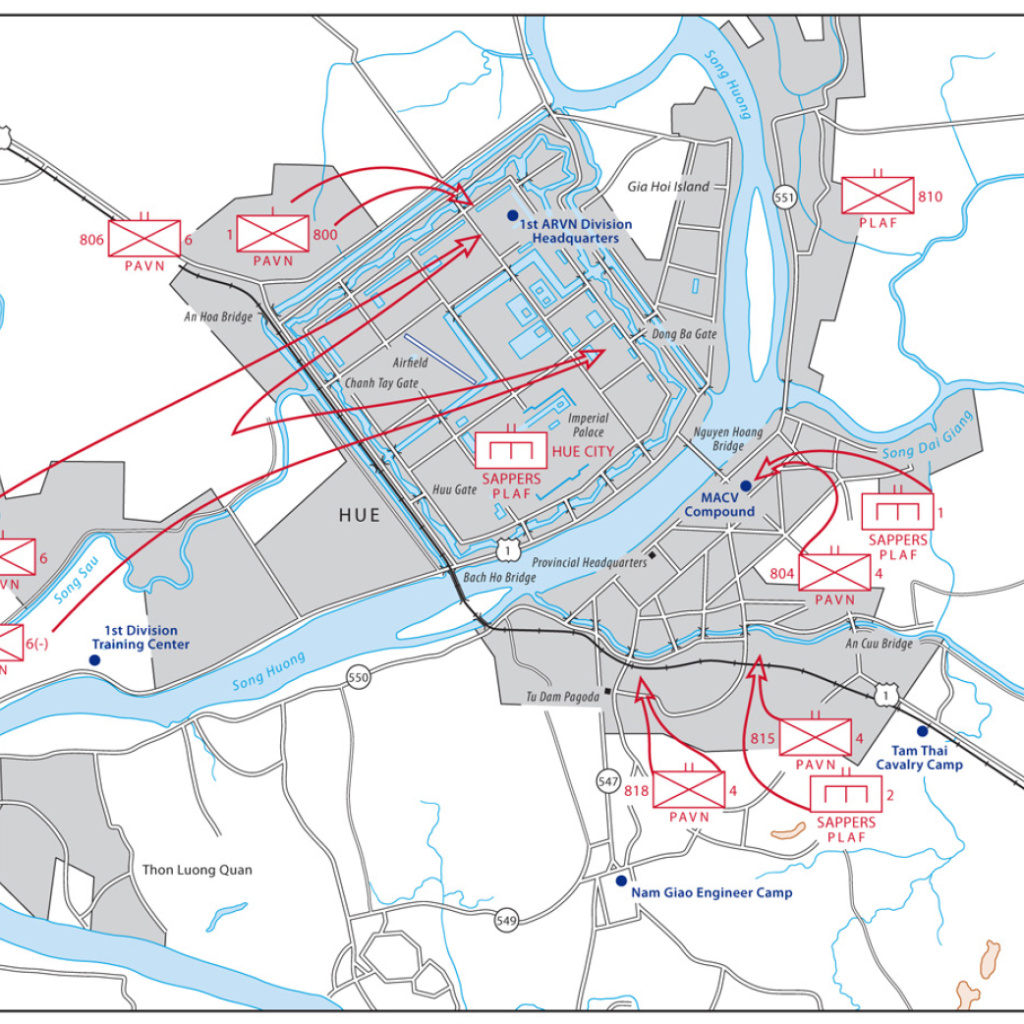 Map of Enemy Movements in the Initial Battle of Hue 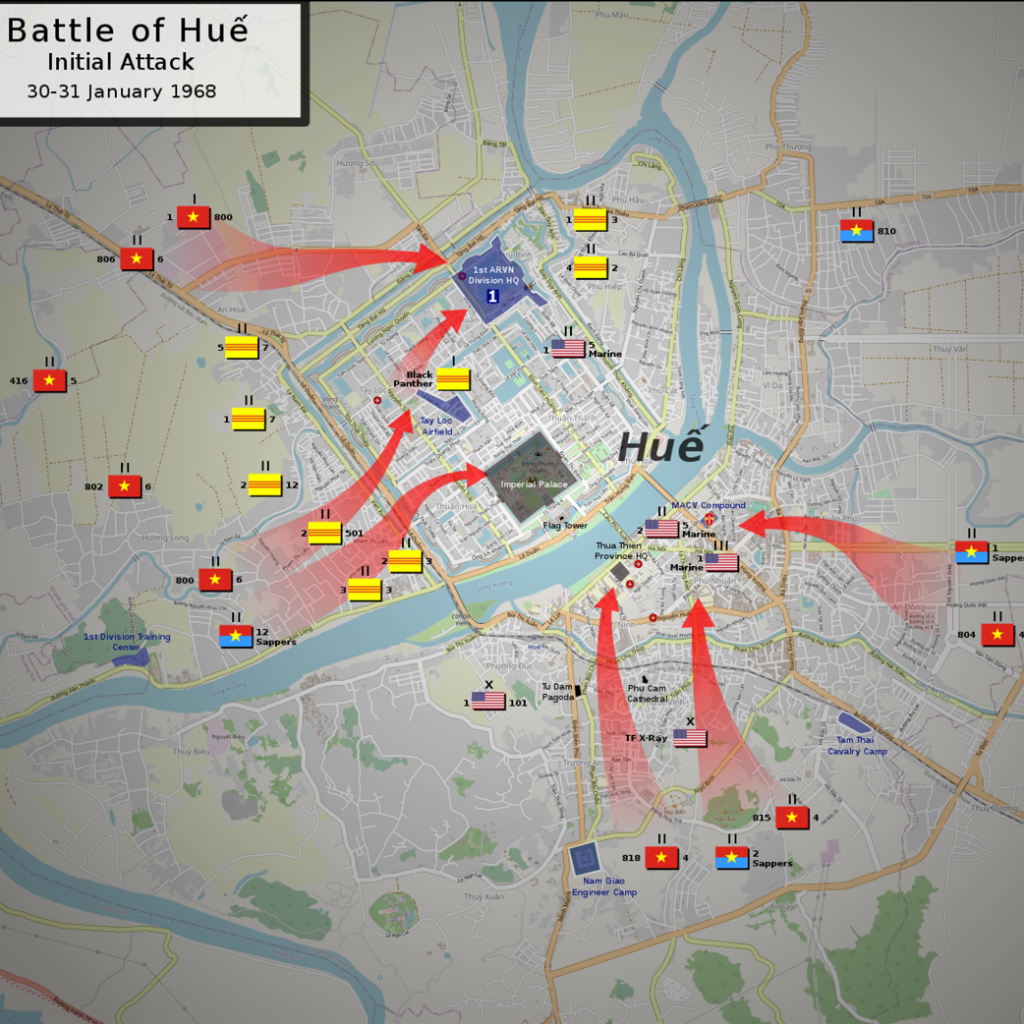 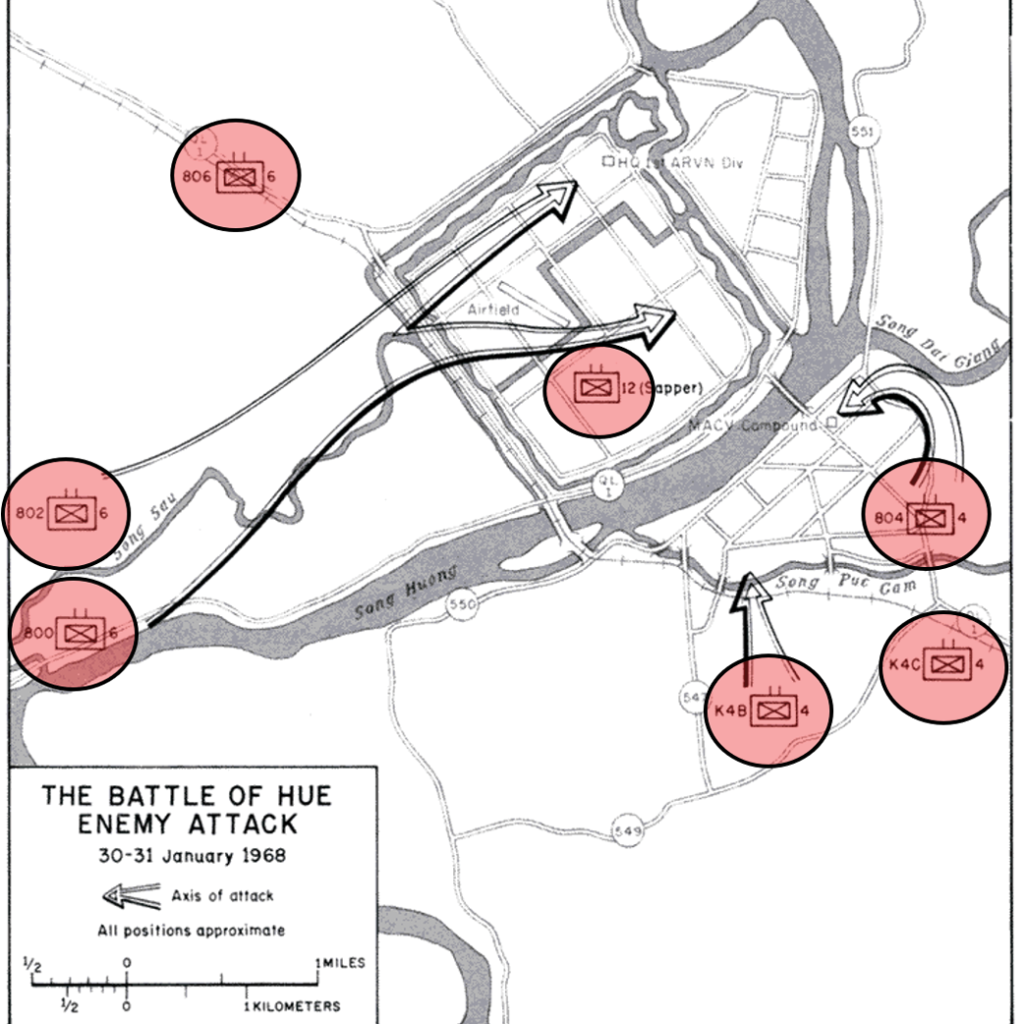 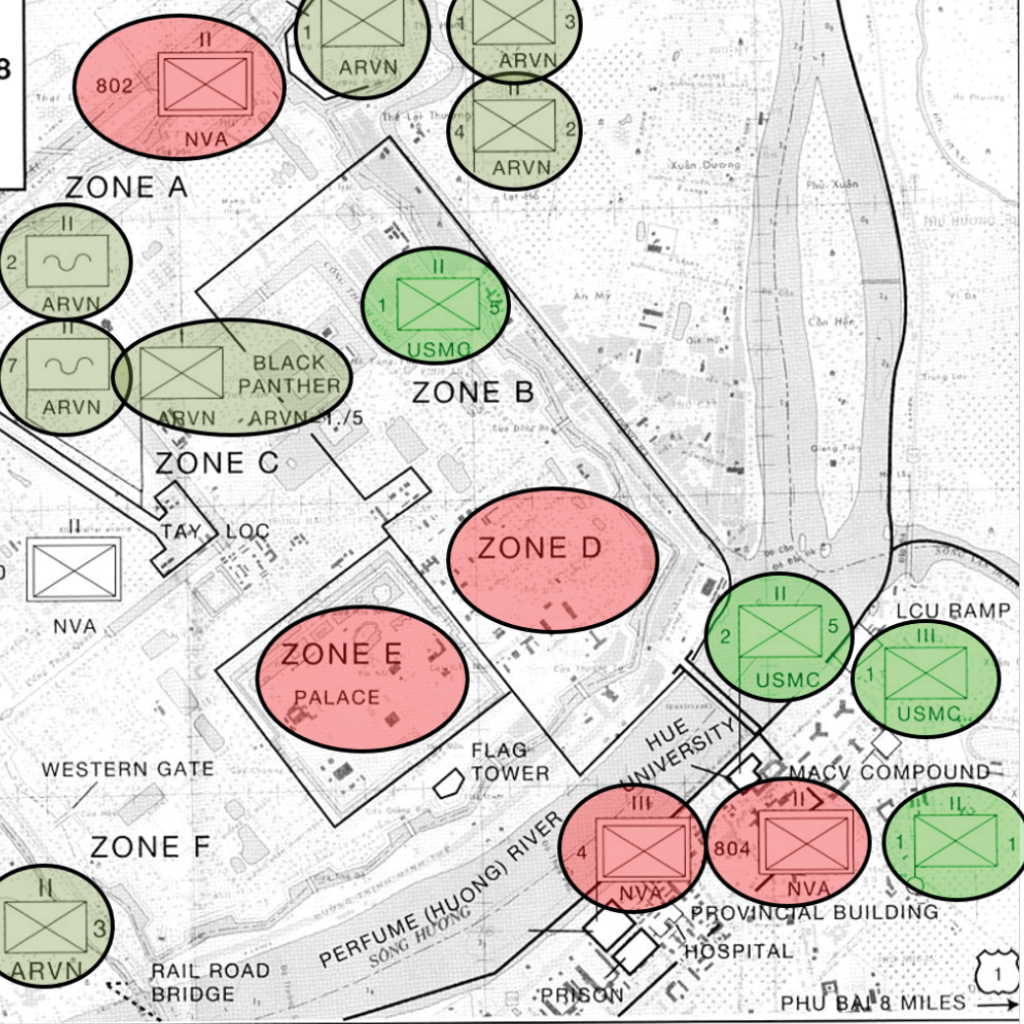 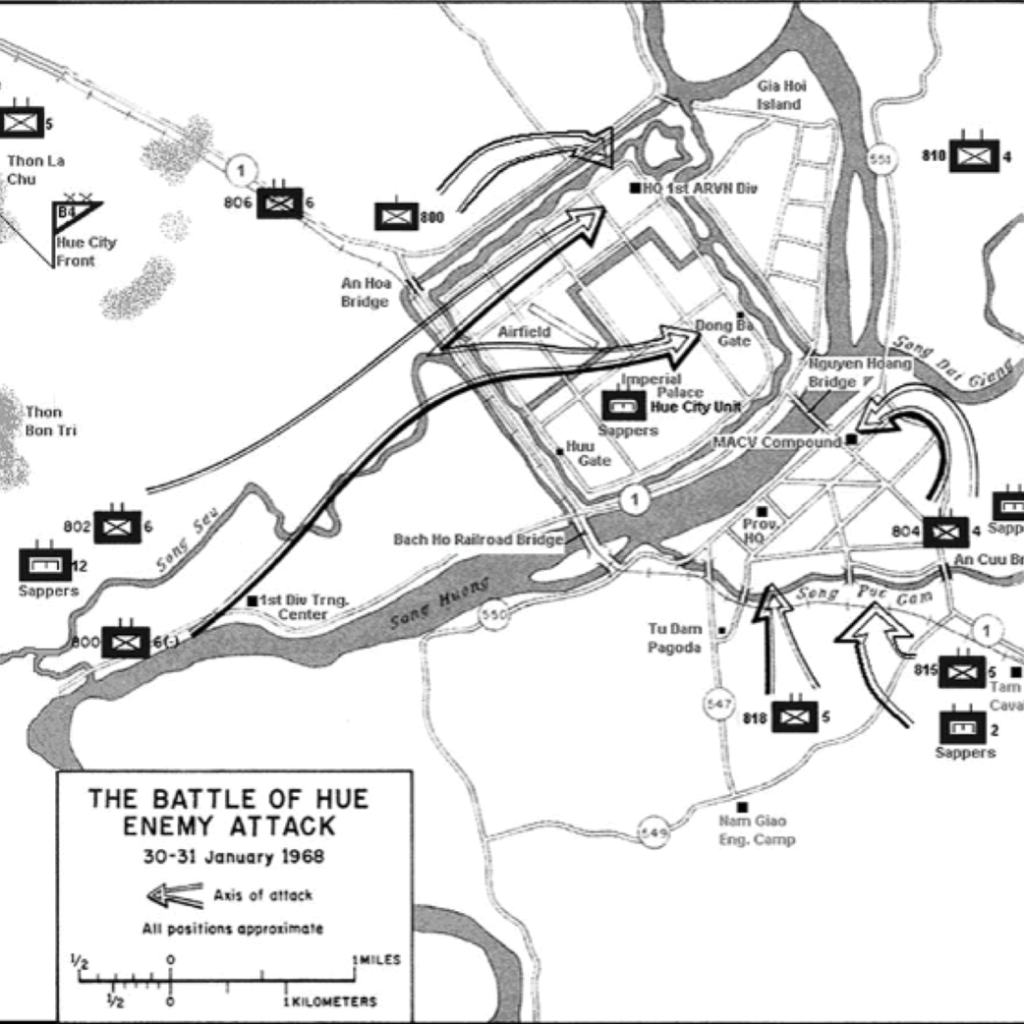 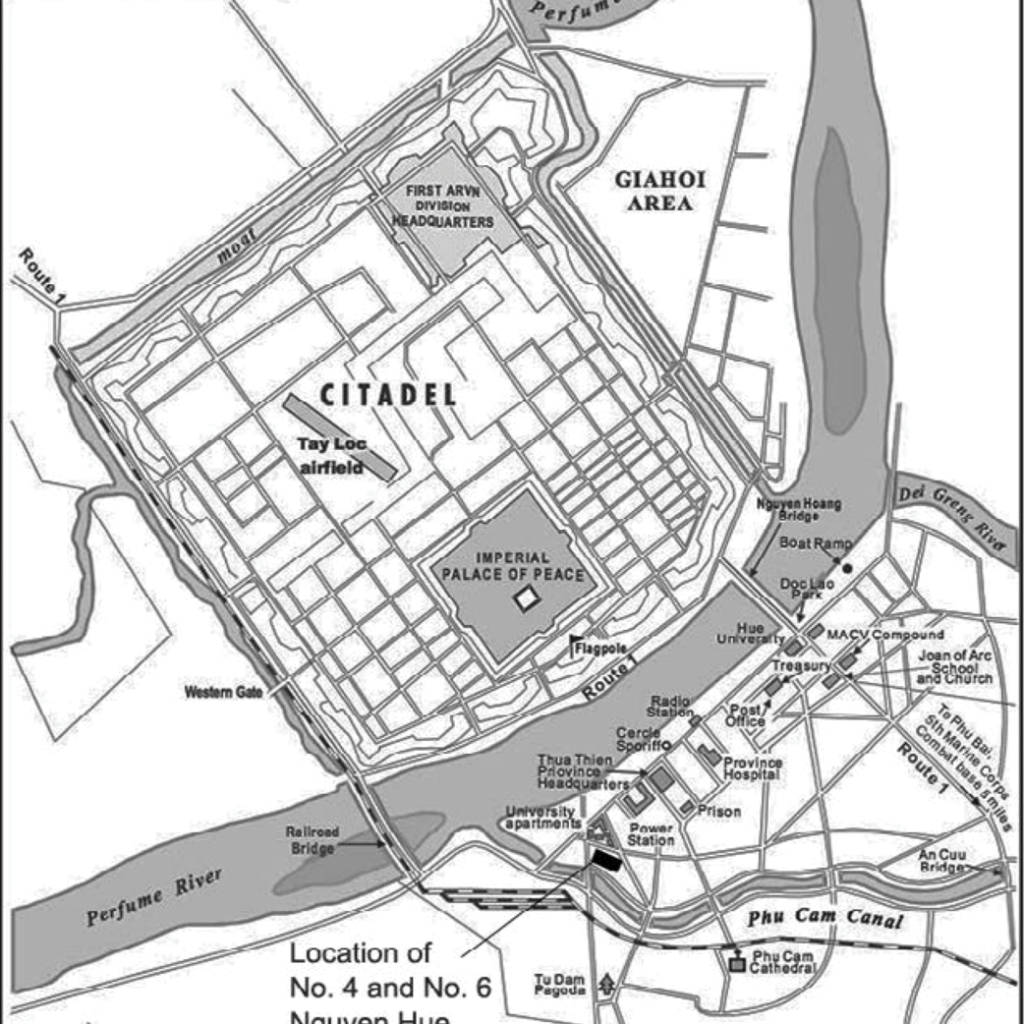 The trip to Vietnam was highly informative, and allowed all the Marines to grow professionally…[the] Marines were able to put sights and sounds to the battle stories they have grown up on…The lessons these Marines learned on their staff ride will stay with them for their lifetimes, as it was a truly high fidelity experience.  Those [Marines] will have a broader and deeper understanding of the Vietnam conflict, counter-insurgency, and patterns of conflict in Southeast Asia.  That understanding will allow better decisions, and ultimately save the lives of Marines in their charge. 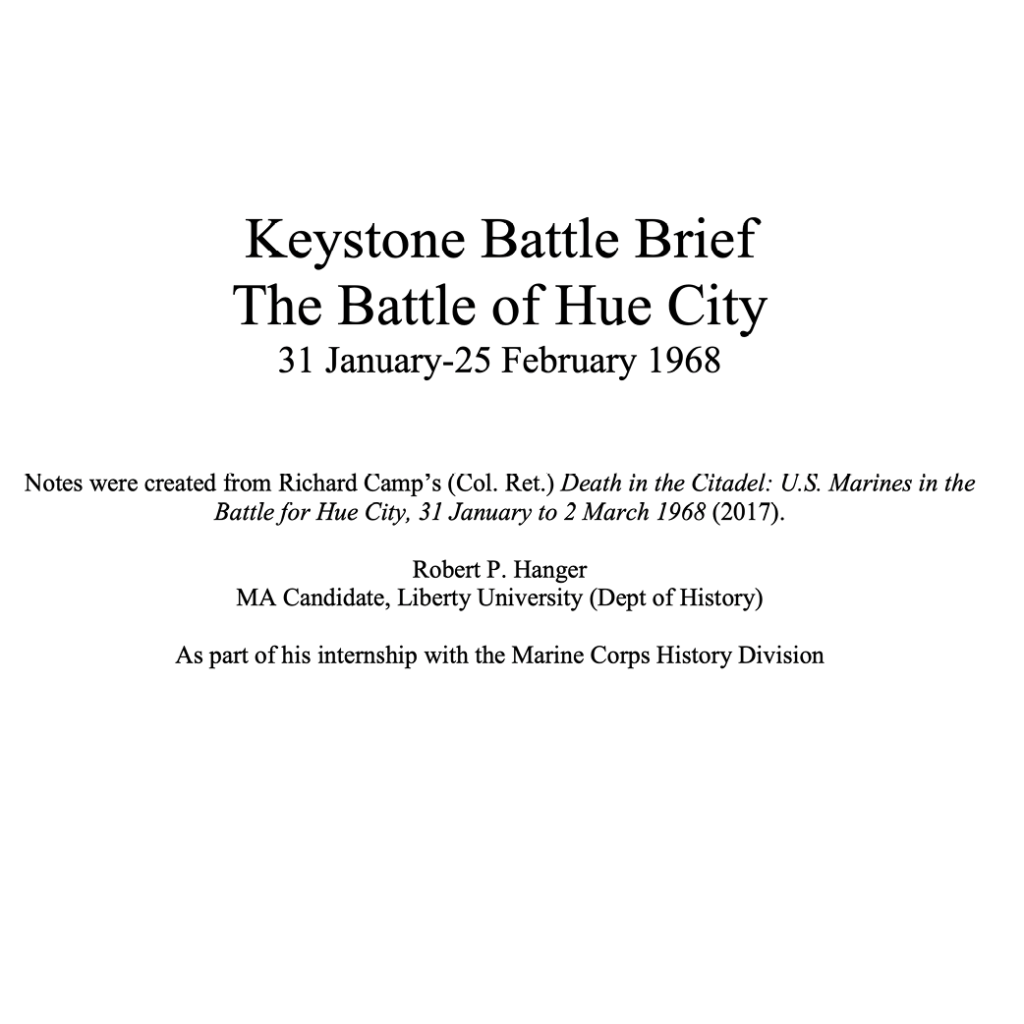 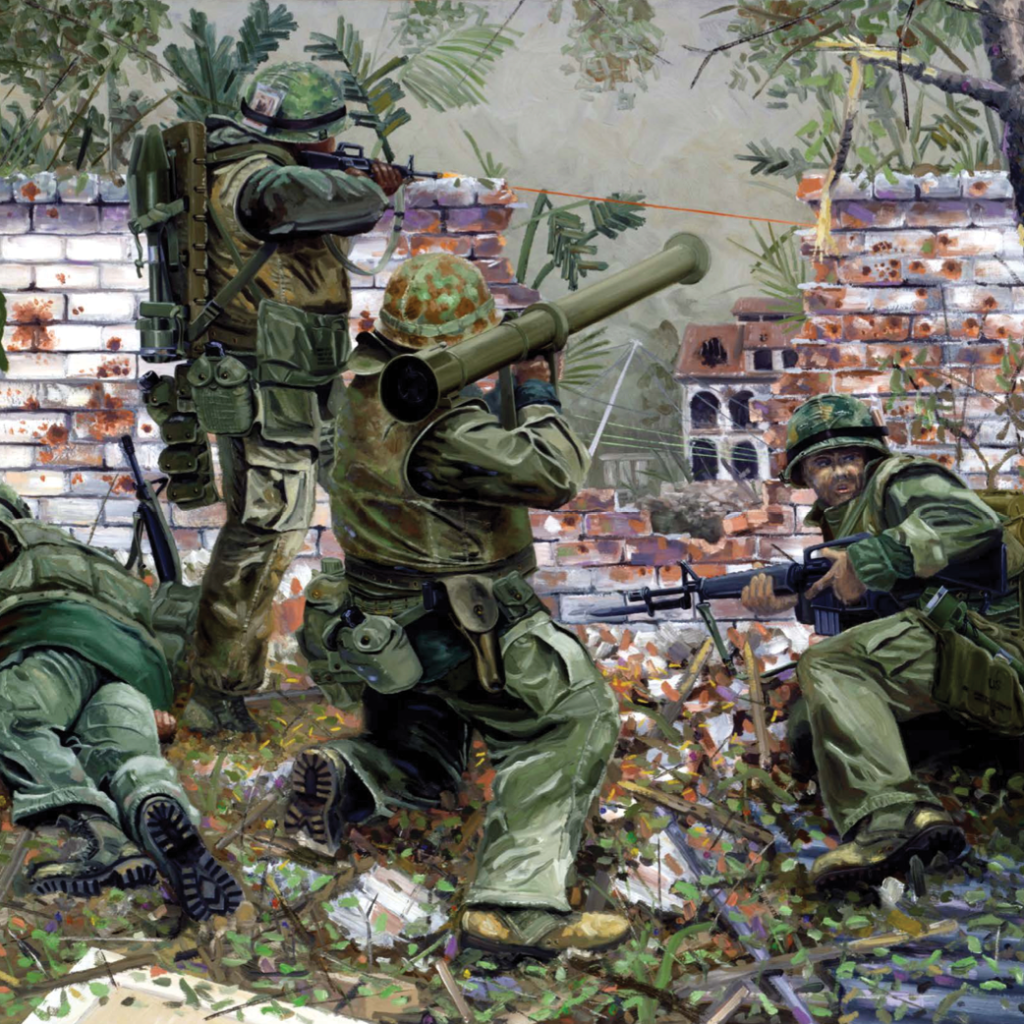 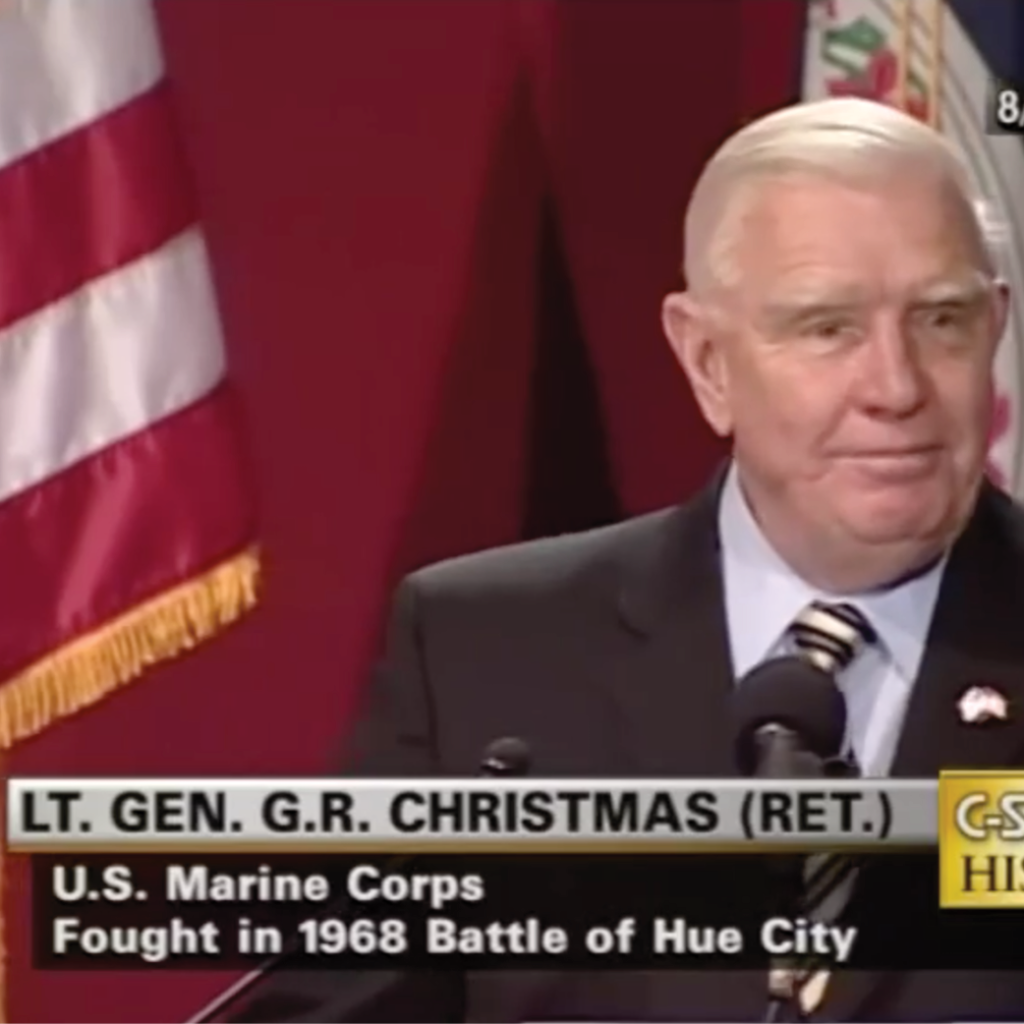 The Battle of Hue City 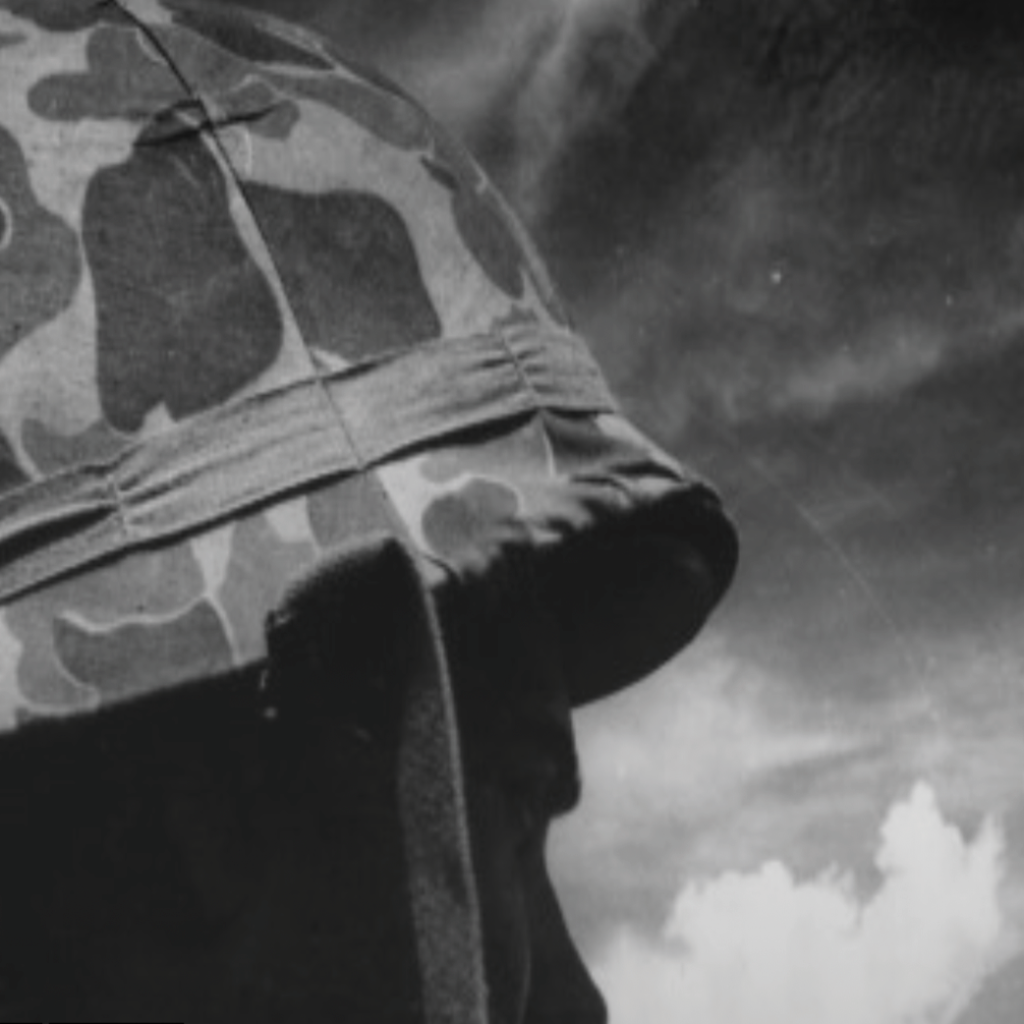 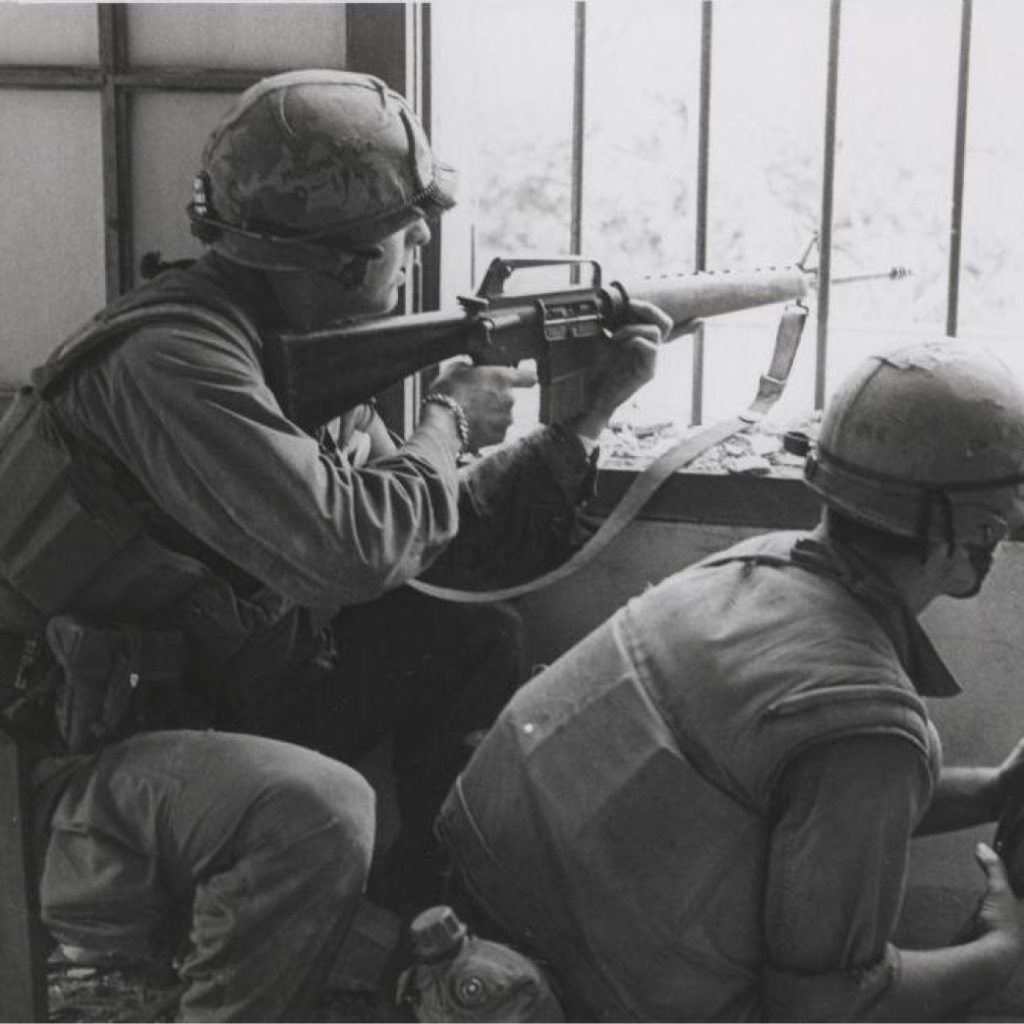 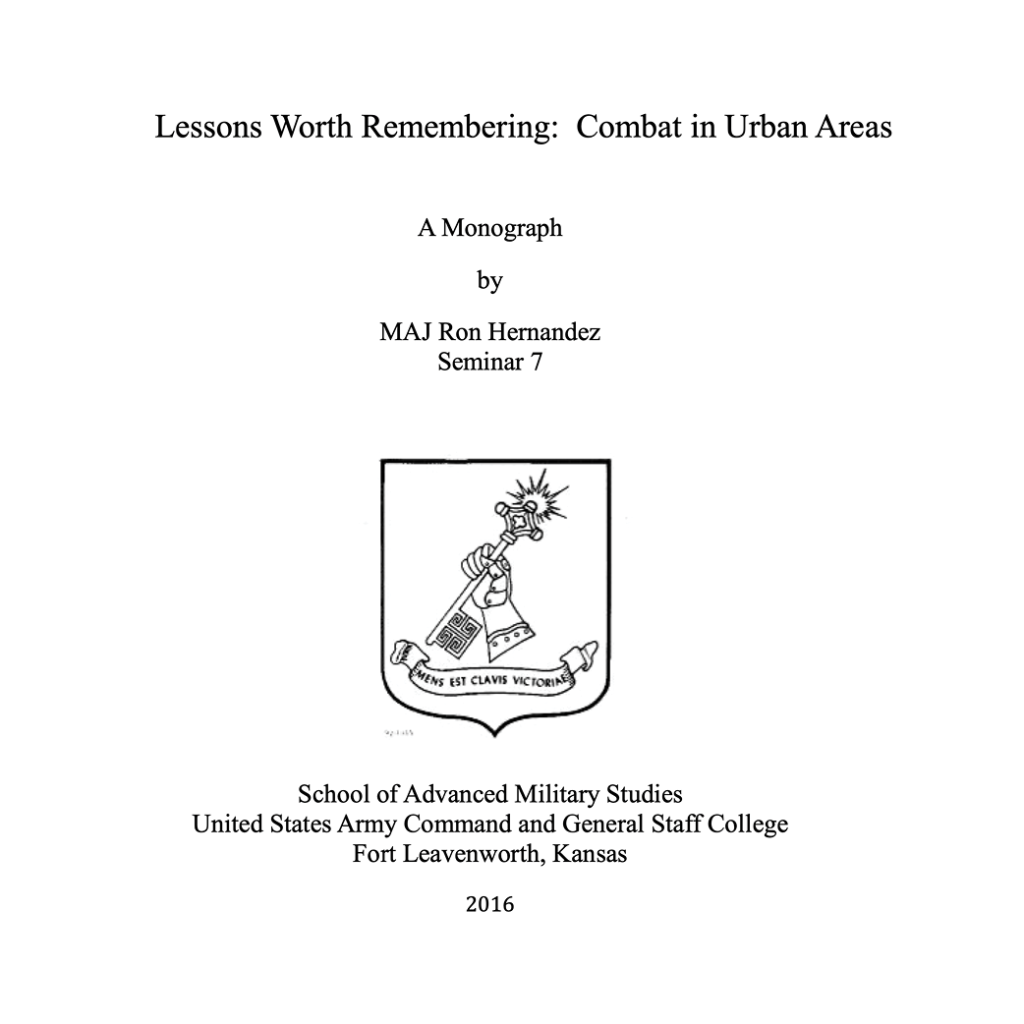 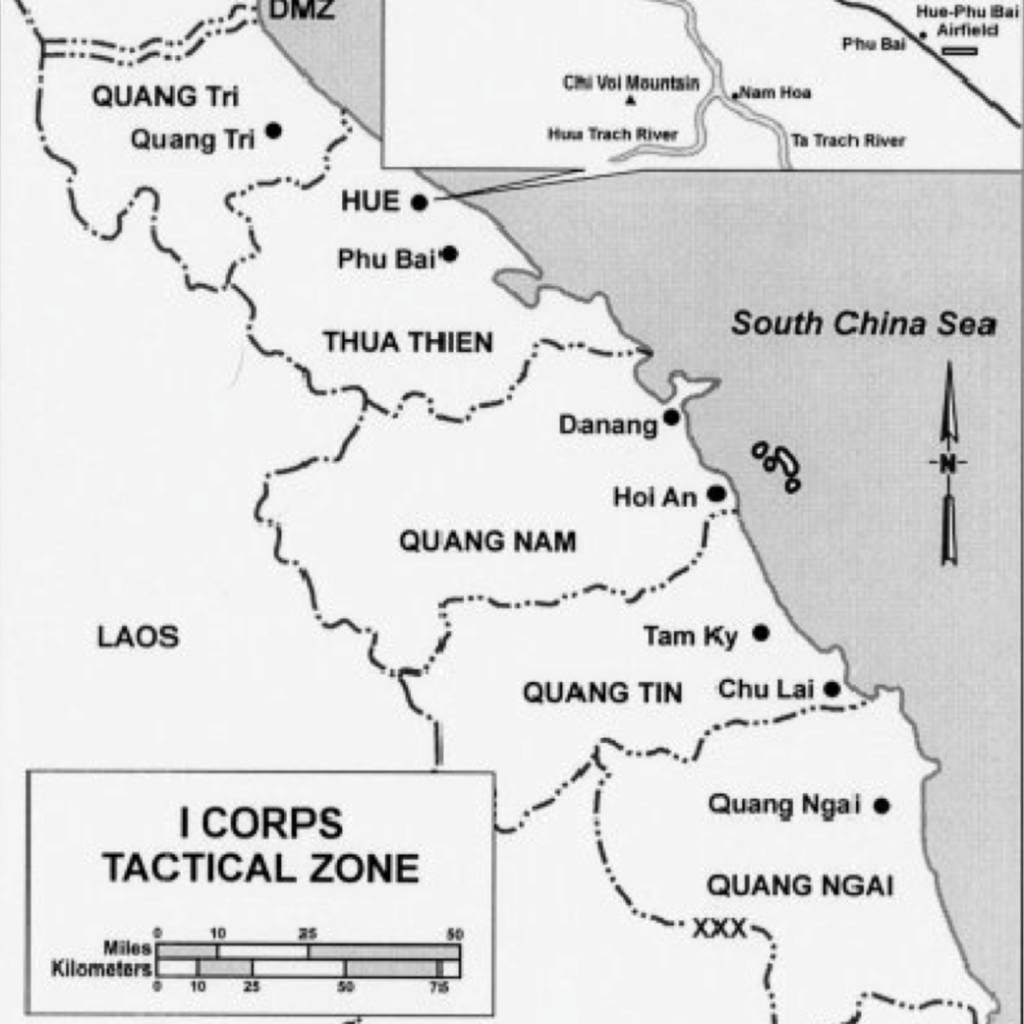