Trouble at the VCP 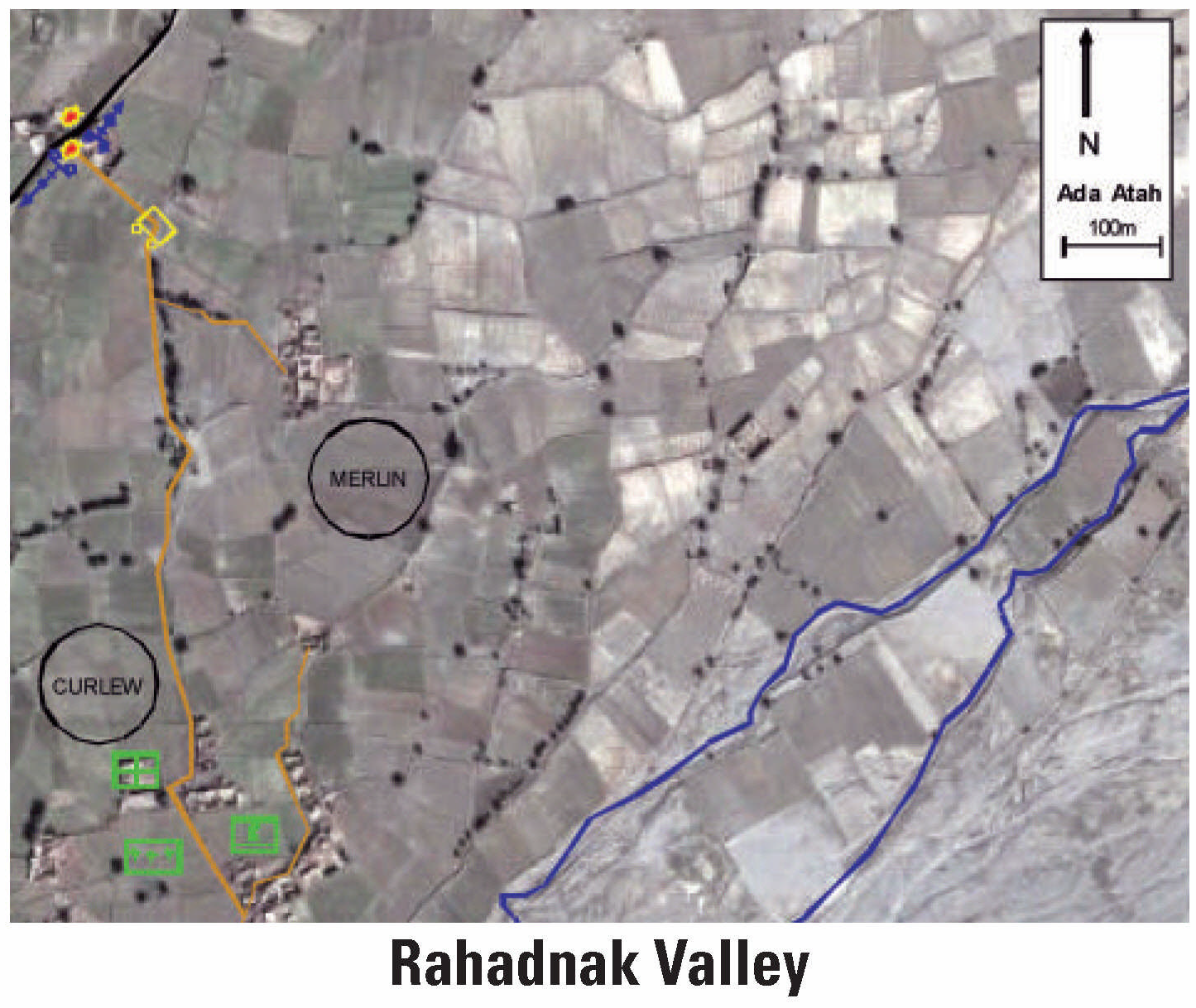 You are the Squad Leader, 1st Squad, 3d Platoon, Company G, Battalion Landing Team 2d Battalion, 1st Marines (BLT 2/1). Recently the MEU was sent to Jalalabad, Afghanistan, in support of NATO forces during Operation Enduring Freedom. You have been in-country approximately 2 months and have been assigned to the northeast sector of the area of responsibility, Nangarhar Province. Last month Company G engaged sizable needihajum forces under Sher Dil during a cordon and search operation within the valley. Company G was able to disrupt arms trafficking via the valley; however, small pockets of resistance continue to slip through the valley (squad-sized, Soviet small arms, light machineguns, and rocket propelled grenades). Some of the platoon checkpoints (CPs) have received inaccurate 82mm mortar fire in the last week. Additionally, Company Gs actions last month resulted in significant collateral damage to local poppy fields and goatherds. Several houses and barns within Ada At ah were damaged, and the sole pump in the village center was crushed under the weight of the company's assault amphibious vehicles. Unequal distributions of solatia payments (appearing to favor Kushtuz farmers in Ada over the minority Nu ristani) have led to increased theft and violence against the Kushtuz by nonaligned Nuristani tribesmen. The company CP is located 25 miles southwest, and the commanding officer has deployed his platoons throughout the valley to provide security for nongovernmental organizations, conduct security patrols, and support human exploitation teams in answering demographic requests for information about the local leaders, population, atmosphere, etc.

It is 1030 and your squad has been at work in Ada Atah for about an hour and a half. You have been in radio contact with your platoon commander and the vehicle CP (VCP). The VCP is closing up shop and is about to push out to continue patrolling along the main supply route. It's about time; you believe they're just a target there. In the street in front of you, children kick around a soccer ball that one of your Marines produced out of his pack earlier in the morning. You can hear music from flutes of shepherds who are intermingled with the growing crowd of locals at the seed distribution center and the building housing the health workers. As you clip the handset back to your flak vest you hear the dull thud of two mortar rounds to the north and look up to see a brown pickup truck tear off of the main supply route into a poppy field, heading south. Your radio crackles to life with the voice of one of the heavy machinegun (HMG) corporals up at the VCP, "Orphan 1-3 this is Thor 1. Brown pickup with four Afghans heading south along the dirt road."

One of the HMG HMMWVs wheels around to the south in the poppy field west of the dirt road and stops. Its gunner traverses the .50 caliber and fires a six-round burst over the pickup that impacts about 100 meters short of the creek bed. The brown pickup jumps onto the northsouth dirt road and continues south at about 40 kilometers per hour. You have about 20 seconds until that pickup makes it to Ada At ah. What now, Sergeant?

Given the deployment and current activities of your squad, and in a time limit of 5 seconds, issue your verbal orders to your element leaders and any reports to higher headquarters. What are you doing after your orders are issued?

1. Do you engage the pickup truck? Did the truck's occupants commit a hostile act/show hostile intent? How does the indirect fire play into your decision? Do your actions change if the passenger points an AK-47 straight in the air out of the window? What if the passenger fires the AK- 47 back at the HMG section?

2. What do you tell the HMG section to do, if anything?

3. Do your actions and their probable results escalate or deescalate violence in your area of operations?

4. What do you expect the enemy to do as a result of your orders? How do your orders exploit the enemy's response?

5. How do you expect the nongovernmental organizations to react to the actions of your squad?

8. What actions can you and the BLT take to counter and exploit enemy and civilian responses to collateral damage? While you are in the area? After you return to base?

9. What actions can you, the company, and the BLT take to deter future enemy activity in this area? While you are in the area? After you return to base? During subsequent patrols in the area: