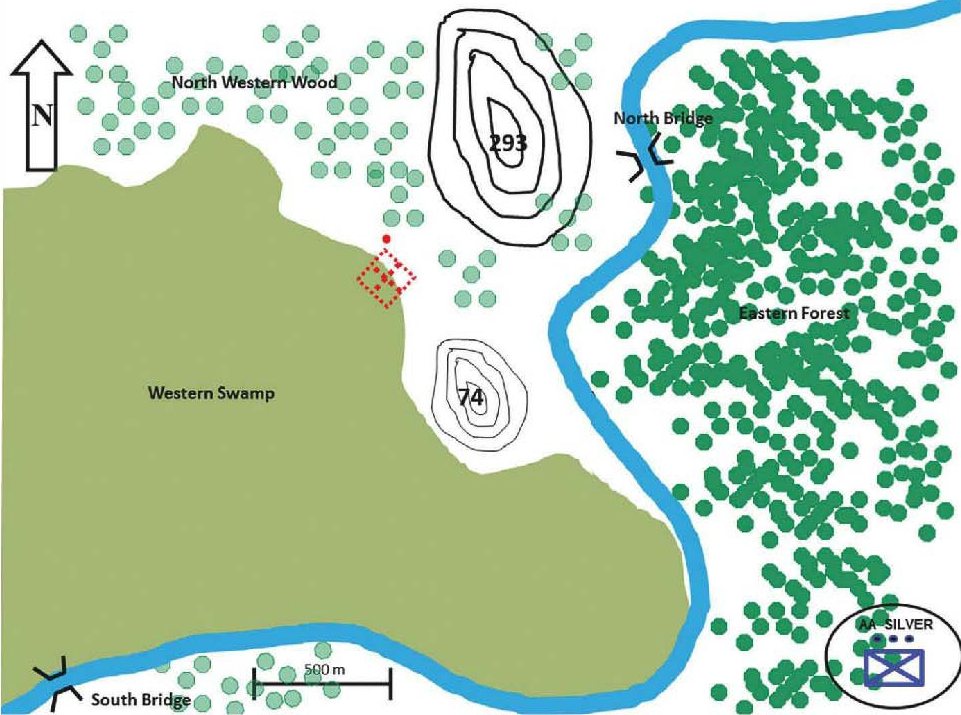 1st Platoon: You are [SE3]- No later than 2000, destroy the enemy in AO White IOT prevent them from interfering with die company's main-effort attack in AO Black.

2d Platoon: You are the main effort. On order, destroy the enemy squad on Company Objective A IOT protect the battalion's right flank.