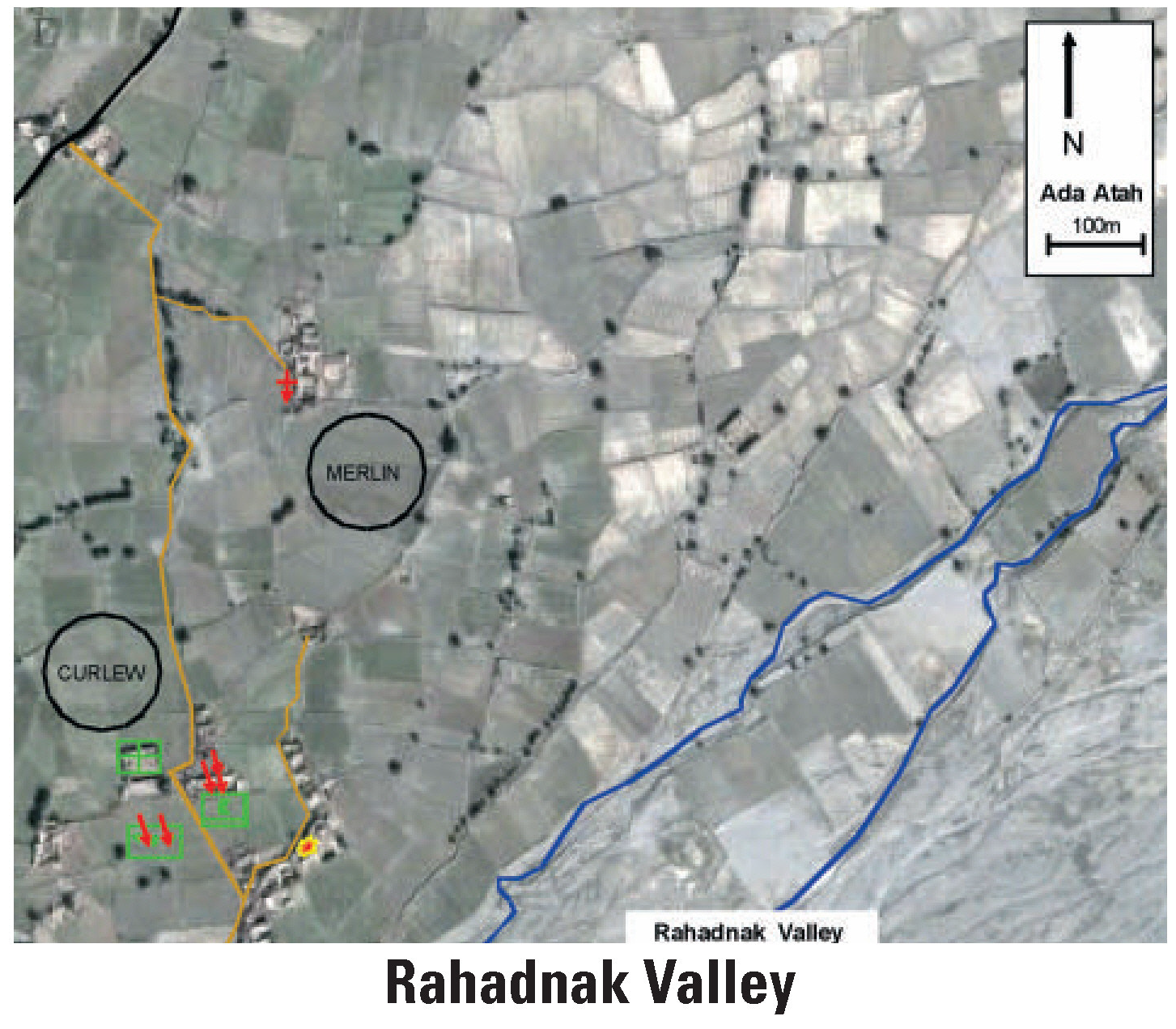 You are Baz Dagar. You are 45 years old and fought with the mujahideen when the Soviets came across the mountains. You were running guns for Sher Dil when the Americans roared up the valley in armored vehicles last month, just like the Soviets in 1981. You are the fifth son of Dagar and have little chance of becoming the patriarch of your fatherâeuro(TM)s Tajik enclave in the northern end of the valley. Thatâeuro(TM)s why you decided to help Sher Dil. Since the 1970s, the Soviets came and left, and then the Americans pushed out the Taliban. When the Americans left the Rahadnak, the Taliban came back. Though you are not interested in where the guns are going or whether the Taliban come back, one thing is for certain, working for Sher Dil has given you prestige that being the fifth son of Dagar never could have afforded.

Over the past month the militia who stood and fought were cut down by the Americans. If Allah wills it, it is of no importance to you, but the fields were destroyed. An illumination mortar round burned your uncleâeuro(TM)s house to the ground. In response to this, you called on some of the younger Tajiks in the north to come down to Ada, where a platoon of Americans has been staying. You have heard that the Nuristani in Atah are upset with the Americans, who are trying to appease the Kushtuz majority in the province. You sent your nephews to spray paint graffiti in Ada Atah about the godless Americans plowing under the poppies because their masters see opium as competition for American drug dealers. Some Nuristani teenagers you met at the gas station on the Jalalabad road agree to help you if you can prove you have Sher Dilâeuro(TM)s blessing. The only problem is that no one has seen him since before the Americans came back last month.

Five fighters arrived yesterday, and you met with their Taliban leader who agreed to help you recruit the Nuristani in Ada Atah for attacking the Americans. With the five Taliban on your side, perhaps the Nuristani will think Sher Dil sent the fighters. What then will your father think of his fifth son who controls all of the guns and poppies that travel through the Rahadnak?

Just before sunset, 3 days after the squad of Americans landed in their helicopters at Ada Atah, one of your sons calls on his cell phone. He heard, over a captured Motorola radio, that the Marines are leaving the day after tomorrow at noon. The European aid workers will be leaving too. You have to act tonight. In your pickup truck you have 4 AKâeuro?47s, 22 full magazines, 1 rocket propelled grenade launcher with 7 rockets, and 1 RPK (light ma-chinegun) with 400 rounds. It would take all night to dig up the cache in the mountains. This is all you have, not counting the Taliban. It has to be tomorrow. What do you say to your family? What do you say to the Taliban fighters?

1. Do you face a threat from the Americans or an opportunity? Explain.

2. What do you believe the Americans will do tonight and tomorrow?

3. What is your intent for your actions?

4. How do your actions and orders meet your intent?

5. What do you consider mission success?

6. How sensitive are you to:

* Casualties among your family?

* Casualties among the Taliban?

* Casualties among the Nuristani villagers?

* Damage to the village?

7. Do your actions force the Americans to fight? If so, what are the possible repercussions of a fight with the Americans?

8. If you choose not to attack the Americans, what other methods could you use to neutralize them?