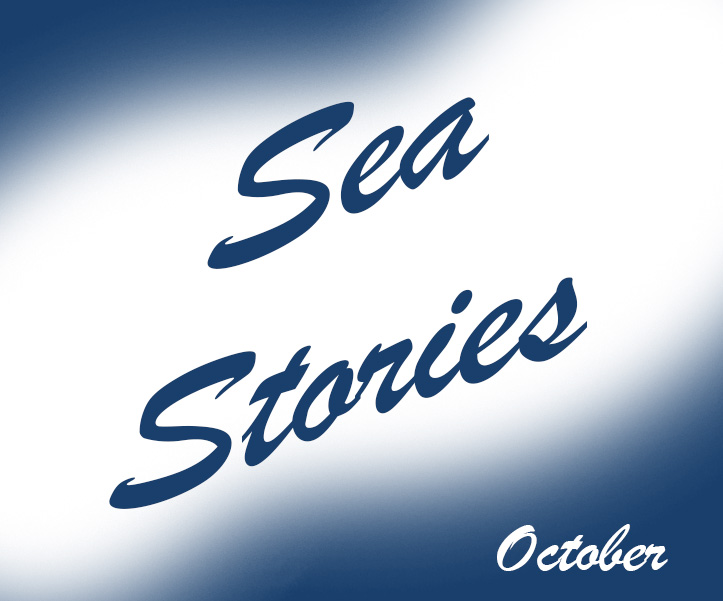 In 1971 at Officer Candidates School in Quantico, Va., Staff Sergeant Tallent marched our platoon very close to the nearby train tracks. We were stretched out so that we were one long line that ran parallel to the tracks just a few feet in front of us. He had us stand at parade rest facing the tracks. With a scowl on his face, he impatiently looked at his watch. We were bewildered until we heard an oncoming train, and he started to smile. He ordered us to stand at attention and within seconds a very long Barnum & Bailey Circus train, adorned with colorful animal and circus themes, came rumbling by. We could feel the “whoosh” of the air as the train sped by and we sensed SSgt Tallent watching us closely. He was itching to nail someone if we didn’t remain at attention with our eyes directed straight ahead.

We never broke rank, and we could tell by the look on his face that he was disappointed that he didn’t have the opportunity to unload some of his colorful and imaginative profanities on one or more of us. After the train passed, he gave us an order. That night we were to write a letter to our parents and tell them that our wonderful drill instructor had taken us to see the circus. That was his idea of being funny and playing with our minds at the same time.

A few of us airdales were assigned to A-4D school at MCAS El Toro, Calif., in May 1961 before shipping out to Kaneohe Bay, Hawaii. A friend, Phil L., and I were walking fire watch one night after lights out. A bunch of the wild ones just back from liberty in Tijuana came staggering into the squad bay causing a heck of a row. One guy had his arm in a sling, and another had a bandage wrapped around his head. Phil asked them to kindly keep it down which drew their ire, so they chased him out into the street.

I had a brainstorm. I got the aluminum foil out of my pack of Lucky Strike cigarettes and folded it into two silver bars and tacked them on my shoulders. I marched back in and loudly asked Phil which of these s—heads were making trouble. Phil responded, “Over here, Lieutenant” at which time there was calm in the barracks as the perps crept under their blankets and I walked up and down the barracks like the newly commissioned officer I had just become.

I was serving on Okinawa in 1958 and was due to rotate back to the States when I got a letter from a buddy who had left the month before. He was happy, except for the nightmare of retrieving his seabag from the nearly 4,500 bags piled on the parade deck at Treasure Island. He said it took more than three hours for him and even longer for others to find their bags. I wasn’t looking forward to that experience.

The next month I rotated back to the States. While we were at processing and having breakfast at Treasure Island, our seabags followed from our ship and were laid out in neat groups of four. It was a dark green canvas nightmare for all of us except for one Marine who confidently walked over to the only seabag that had its bottom painted white.

I was a squad leader for Weapons Platoon, H/2/9 in early 1966 in Vietnam. My company had just come out of the “hills” area northwest of Da Nang on various search and sweep operations. The normal procedure was to go back to our battalion base camp to take care of equipment needing repairs or replacement and to get replacement grunts for our infantry platoons.

Some of us were sent to other “in the rear” details for those few days versus back at the battalion area. On this occasion my weapons platoon sent two gun and rocket teams to secure and protect an old railroad bridge crossing a river that was being used as a road for supplies between Da Nang Air Base and our outlying battalion areas. Compared to mountains and rice paddies and eating C-rations for weeks on end, this was a real break in our daily routine of being shot at and seeing booby traps everywhere.

A special highlight was mail call. One day I received a large box from my wife and mom back home in Jersey. After tearing open the box I found an institutional-sized can of Van Camp’s pork and beans. It had to have been a 100-oz. can.

My buddy “Bugs” and I got a local motor pool guy driving down to Da Nang to get us a case of Hires root beer. That day Bugs and I ate the whole can of beans and drank a case of root beer. It was the highlight of my tour in Vietnam.

Later that night when we had to send out our ambush teams around the bridge/river area, Bugs and I had to stay in the rear since our “ambush sound discipline” was out of control. Bugs and I still laugh about how we ate that entire can of beans and all the noise it created in our bunker that night.

On the morning of June 16, 1956, I was one of 13 NROTC midshipmen who walked out of Hill Auditorium at the University of Michigan and received our initial salutes as newly commissioned second lieutenants in the Marine Corps. In our left hands we each clutched a one-dollar bill which we extended to the Marine staff noncommissioned officer (SNCO) who had initiated the salute. This was in compliance with information we had previously received concerning a “hallowed Marine Corps tradition.” The source of this information remains vague in my memory bank, but I suspect it was our aforementioned NROTC Marine SNCO instructor.

We didn’t question the veracity of this information. If it wasn’t a tradition it seemed to us that it should be, and we were pleased to be part of it. I’m certain the SNCO was equally pleased to be the recipient of $13—equivalent to $140 in 2022. I don’t recall if the newly minted Navy ensigns also participated in a similar tradition, but I later learned that it was, in fact, a tradition in all U.S. services. The tradition specified a silver dollar, but these were not easily acquired in 1956. In today’s world a silver dollar from the U.S. mint would cost a minimum of $64.

During my first tour in Vietnam in 1966, I was a private first class in Chu Lai. Most of us non-rates were assigned to head detail. Our duties were to burn the outside heads each morning. It wasn’t pleasant, but someone had to do it.

There were two types of heads. The basic was a two-hole sit-down type, which was positioned over a 6-foot hole. There were several outhouses on our hill, and we had a mechanical mule provided to us for the transport of the gas cans. The method of burning was to tip over the outhouse, expose the hole, pour a mixture of gas and diesel into the hole, step back and throw a match. There were also deluxe model heads that were three-seaters with 55-gallon drums as the bottom portion. In the rear of the outhouse were three doors that opened, and the cut-off drums were pulled out and burned.

One day we had a new private assigned. He was instructed on how to burn the outhouses. Initially, he was doing well, but about an hour into the detail he made a mistake. He tipped over a two-seater then lifted a can of gas and diesel mixture and poured it down the hole. He then stepped back, lit the match, and threw it. The match did not ignite the hole. He then picked up another can of fuel, went to the hole, looked down and started to pour the fuel when a huge explosion erupted. He took the brunt of the blast but was still maneuvering around. His body was smoking, and his eyelashes and brows were about gone. He had skin sagging from his face and his eyes looked like large saucers. I know it’s not funny, but he looked like Wile E. Coyote after the Roadrunner did him harm.

He was walked to sickbay and then flown to the Philippines for treatment. He stayed there for a couple of months then returned for duty. He received a few scars but was very lucky. No Purple Heart was awarded.

I was at Marine Corps Air Station Kaneohe Bay, Hawaii, in the early part of 1961. I was assigned to the comm section of “Hotel” Battery, 3rd Battalion, 12th Marines as a field radio operator and wireman. I had not been off base for about six months because I had had my liberty card pulled for a minor infraction and I was too stubborn to ask for it back. I spent all my free time working out at the battalion gym, lifting weights, and punching a bag. These activities resulted in my being in pretty good physical condition.

The battalion decided to have a pugil stick competition and divided all the men into three groups: heavyweight, middleweight, and lightweight. I was put into the middleweight group.

The competition consisted of timed one-minute bouts with all “killing” blows counting to determine the score and whomever got the most hits won the bout. The participants wore helmets with face masks, body protection and boxing gloves.

I squared off with this seemingly giant Marine. Thinking that I must do something quick before he bowled me over with his sheer size and weight, I quickly went to high port and jabbed him three times in the face mask before he knocked me over. I was laying there with my pugil stick pinned behind my back and he was standing over me ready to pile drive his stick into me when I lunged out with my right foot and kicked his pugil stick out of his grip. It went sailing, and by the time he recovered it and we squared off again, the whistle blew. I had won because I had been the only one to score any blows.

The battery picked me up and paraded me around in celebration, and I was awarded three days liberty for my efforts. I picked up my payday poker winnings from the company safe that I had been saving and enjoyed five days liberty including a weekend at Waikiki Beach, learning to surf.

Do you have an interesting story from your time in the Corps that will give our readers a good chuckle? We would love to hear them. Write them down (500 words or less) and send them to: Patricia Everett, Leatherneck Magazine, P.O. Box 1775, Quantico, VA 22134, or email them to p.everett@mca-marines.org. We offer $25 or a one-year MCA membership for the “Sea Story of the Month.”