by Capt Bruce I. Gudmundsson, USMCR 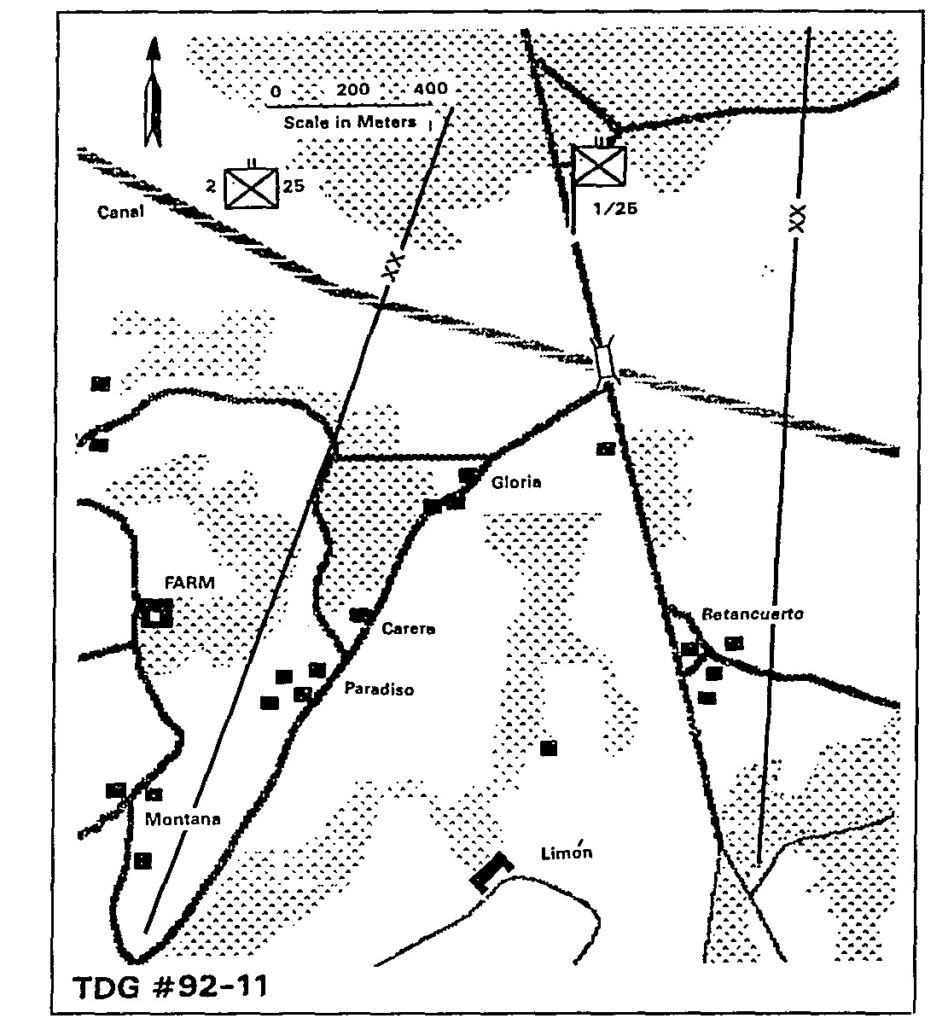 For some weeks now, considerable American forces have been involved in a conventional campaign against a regional power. Thanks largely to the skillful use of precision munitions, such as fiber-optic guided missiles, combined with a ruthless willingness to exploit success, American mechanized formations have been able to destroy the bulk of the enemy’s armored forces. Logistic problems, however, prevented the complete route of the enemy army. As a result, it was able to establish itself in a strong position behind a major river and the many canals that run roughly parallel to it.

For 8 days, as American forces built up stocks for an assault across this defensive line, the enemy has been preparing his defenses. Large numbers of motorized infantry units armed with machineguns, mortars, recoilless rifles, and other weapons of 1960s vintage have been mobilized and brought to the front. Some are composed of overage members of the People’s Guard, who have long forgotten what little training they may have received. Others, however, have been recruited from well-trained members of an ethnic minority with a proud martial tradition.

Your battalion, the 1st Battalion of the 25th Marines (1/25), took part in the opening phases of the campaign. After a week’s worth of rest and refitting, you were returned to the front. To your surprise, you discovered that there is to be a major offensive to break through the enemy defensive position and that your battalion is to participate.

The main effort of the attack is elsewhere. Your job, and that of the other Marine infantry battalions in your sector, is to attack south across the canal to (1) deceive the enemy as to the true location of the main effort, (2) attract enemy operational reserves, and (3) secure crossing points for the possible shifting of the main effort.

Your particular mission is to cross the 100-meter wide canal that separates you from the enemy and take the wooded heights east and southeast of the village of Gloria. (These terrain features, like the one bridge in your sector, are named for the village.)

It is now 2000. You have just received your orders. “H-hour” is at 0530 tomorrow morning. Your battalion is in billets 6 to 8 miles to the north. You have also been told that you are to be provided with enough rubber boats to transport simultaneously two of your rifle companies across the canal. These have been staged in a wooded area about a kilometer north of the canal.

“H-hour” will be preceded by a fierce air and artillery bombardment that will begin at 0500. At 0530 this fire will shift to targets south of the line Carera-Betancuerto. An artillery liaison officer from a direct support artillery battery and two artillery forward observers have been assigned to you. The first thing that the liaison officer tells you, however, is that priority of fires have been given to your neighbor on the right, 2/25. (This also explains why your air liaison officer never returned after his recent visit to wing headquarters.)

You have a standard Marine infantry battalion organized according to current tables of organization and tables of equipment Each rifle company has received rubber boat training.

What are your orders?

Note on Terrain and Weather: The ground slopes up on both sides of the canal. In the immediate vicinity of the Gloria Bridge, the dominant terrain features are the south to north ridgeline to the east of the village of Gloria and the south to north draw to the west of Gloria. In this immediate area, the Gloria Heights rise about 40 meters above the level of the banks of the canal. The bridge has a capacity of 30 metric tons. You are operating in temperate country that, were it not for the complete absence of shopping malls, could easily be confused with northern Virginia. The month is June. The weather has been seasonably warm and dry, with sunny days and pleasant evenings. No rain is expected for 3 or 4 days.

In a time limit of 10 minutes, give the orders you would pass to your subordinates. Provide a sketch of your plan, any guidance for supporting arms, and a brief explanation of your plan. Submit your solution to Marine Corps Gazette, TDG #92-11, P. O. Box 1775, Quantico, VA 22134.