A Message from the Commandant of the Marine Corps 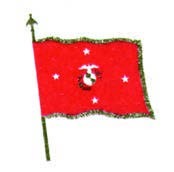 70 years ago, Army Major General Frank E. Lowe was quoted as saying, “The safest place in Korea was right behind a platoon of Marines. Lord, how they could fight.” That testimonial rings as true now as it did then, and will remain so tomorrow. As we celebrate the 247th anniversary of our Corps’ founding, we reflect on nearly two and a half centuries of exceptional prowess, while also taking objective stock of where we are today and how we will prepare for future battlefields. Our birthday provides us a chance to focus on the one thing common to our success in the past, present, and future: the individual Marine. Victories are not won because of technology or equipment, but because of our Marines.

Since 1775, Marines have fought courageously and tenaciously in every conflict our country has faced. Through the Revolution, the Spanish-American War, World Wars in Europe and the Pacific, conflicts in Korea and Vietnam, and operations in the Middle East, Marines consistently earned a reputation as the world’s elite fighting force. We inherit and take pride in this reputation, evolved over time by Marines acquitting themselves with honor and distinction on every battlefield in every clime and place. Battlefields change, and Marines have always adapted to the environment and the changing character of war—but the reason we fight and win is immutable. It’s the individual warfighters, and their love for each other, that makes our Corps as formidable a force today as it has been for the past 247 years. It’s our ethos and our unapologetic resolve to be the most capable and lethal fighting force that sets us apart from the rest.

Current events around the world remind us that peace is not guaranteed. While we are justifiably proud of our past and pay tribute to the remarkable warfighters who came before us, we understand that the stories of yesterday cannot secure our freedom tomorrow. We must be ready to respond when our Nation calls. It falls on Marines who are in uniform today to write the next chapter of our Corps. The solemn responsibility of maintaining our illustrious warfighting legacy rests upon your shoulders. I know that you are up to that task. The battlefields of tomorrow are uncertain. The future characteristics of warfare are uncertain. But one thing is certain—wherever Marines are called, they will fight and win—today, tomorrow, and into the future