A Bridge to Westcott 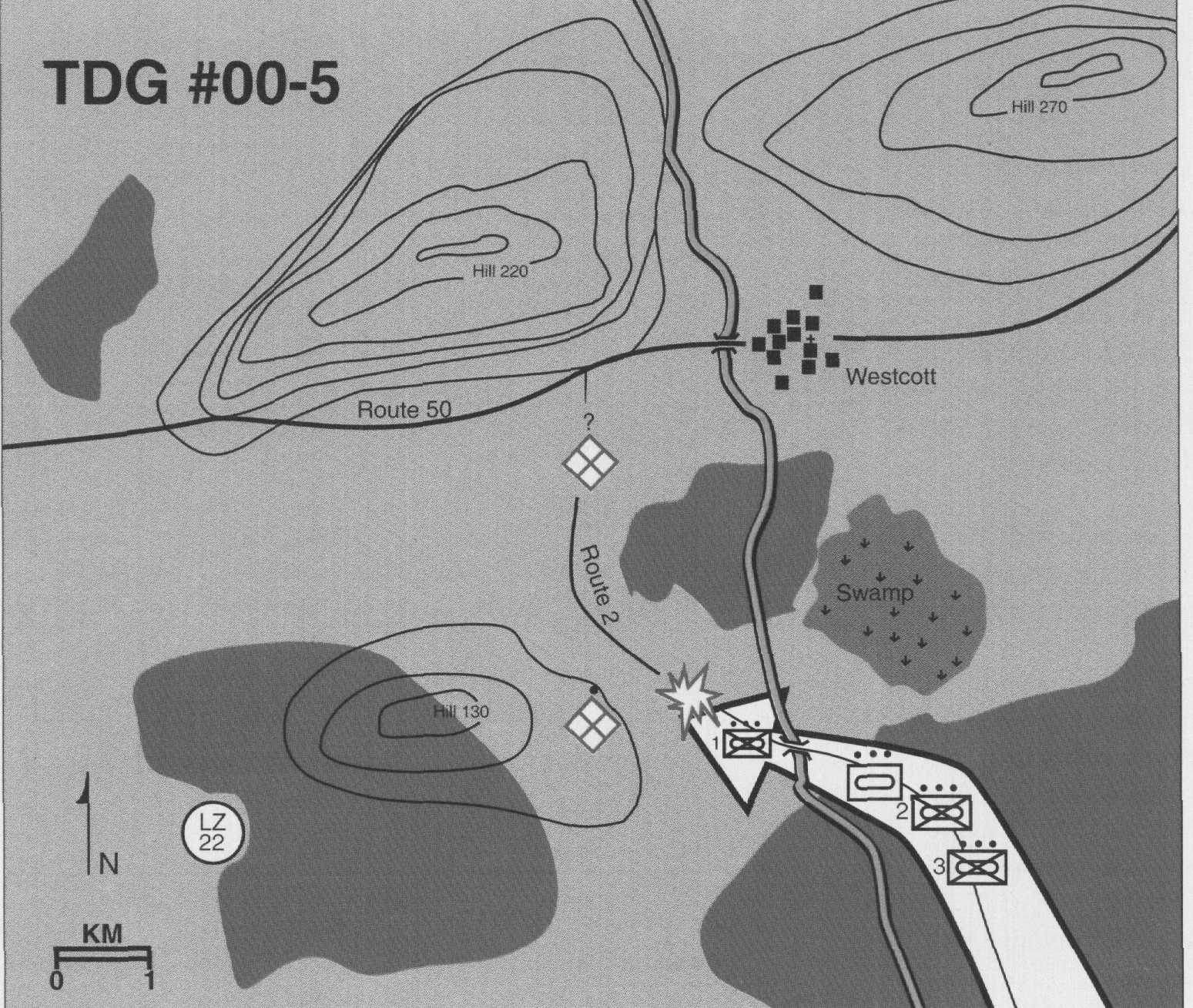 You are the commander of Company G, 2d Battalion, 2d Marines. Your company is at table of organization strength. You are mounted on AAVs and have a platoon of tanks attached. You have been tasked as the advance guard in a battalion movement to contact toward the village of Westcott. Within the last 24 hours, the enemy has withdrawn to the north, breaking contact. Your battalion is advancing north to regain contact in order to bring the enemy to battle and destroy him. Up to this point, enemy resistance has been limited to a brief contact with a platoon-size unit approximately 20 kilometers (km) south of Westcott. The enemy unit was traveling in BTRs and broke contact to the north along Rte. 2. The S-2 believes what we hit was part of a rear guard of a battalion mechanized/motorized force.

Terrain is made up of several large hill masses, a north/south river, which is fordable during the current dry season, and two unimproved roads trafficable by wheeled vehicles. Vegetation has patches of mature hardwood forests with sparse, grassy fields in the open areas. The swampy low ground directly south of Westcott is not trafficable to mechanized assets and is slow-go by foot.

You’ve just received word from your lead platoon commander that he is in contact with what he believes to be a squad-size element located in the vicinity of Hill 130. The platoon commander reports that his lead track is “down hard,” and he is currently dismounting in attempt to clear the enemy from Hill 130. In his last transmission to you, he said that he could see dust clouds to the north approximately 4km away. Your current position is with the company’s main body, which is 2km from the Krause River. The forward air controller tells you that a section of Cobra’s is en route and will be there in approximately 7 minutes.

In a time limit of 5 minutes prepare a frag order that you would pass to your subordinates, to include your intent. Include any reports that you would make to battalion and complete the graphic with your actions for the company. Be prepared to provide a brief explanation of your solution. Submit your solution to Marine Corps Gazette, TDG #00-5, P.O. Box 1775, Quantico, VA 22134 or fax 703-630-9147.