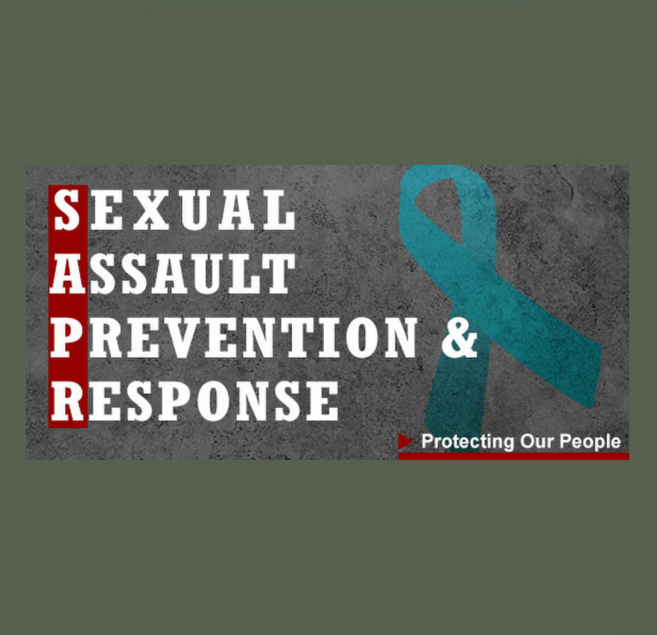 Major Rafiel Warfield, USMC, has practiced law in the U.S. military for over a decade and is currently the Deputy Chief of Operational Law for U.S. Forces-Korea.  The opinions expressed in this article are solely those of the author and not endorsed by the Department of Defense.

Although uncomfortable to consider, the National Sexual Violence Resource Center estimates that between 2-10% of all sexual assaults reported nationally are determined to be false; the generally accepted average hovers around 7%.[1]  Many legal advisors and DoD criminal investigation agents would argue that, given the close nature and unique environment of the military, the estimate is too low.  Nevertheless, using that percentage and considering that in FY20 the DoD investigated 7,816 sexual assault allegations,[2] anywhere from 156 to 782 service members were falsely accused of sexual assault last year.  Adding context to that number, last year there were 415 court-martial actions completed in sexual assault cases within the DoD; of those 415 cases, 90 were dismissed and another 99 resulted in acquittals.[3]  There is a direct correlation between those statistics.

While the spotlight is on the department for its actions in Afghanistan, the DoD is also considering a policy which would as a consequence, increase the number of false sexual assault accusations.  As part of the “Safe-to-Report” policy required by Congress, the proposed action would absolve a member, who files an allegation of sexual assault, from any collateral misconduct.[4]

Collateral misconduct is defined under federal regulation as “victim misconduct that might be in time, place, or circumstance associated with the victim’s sexual assault incident.”[5]  Within the services minor infractions such as orders violations, underage drinking, fraternization, adultery, single time drug use, false official statements, drunken disorderly conduct, and others, are fairly common and often, the subject of collateral misconduct.[6]  While seemingly insignificant, disciplinary action for any of the aforementioned infractions, regardless of officer or enlisted status, can effectively end a military career and result in the forfeit of thousands of dollars’ worth of bonuses, severance pay and retirement eligibility.  Moreover, as the U.S. scales back its world-wide operational presence, retention, promotion and re-enlistment will become more competitive; the slightest disciplinary infraction could mean the difference between staying in or being told to leave.  In short, avoiding disciplinary action for these minor crimes is in the best interest of any service member — an incentive to find a way to minimize or eliminate adjudication of misconduct.

In many instances, even when the misconduct of the complainant is not alleged to be directly associated with the sexual assault claim, the assault allegation is still cited as justification to not pursue further disciplinary action.  For example, a Marine is charged with being drunk and disorderly last weekend but those charges are dropped due to the Marine alleging that they were sexually assaulted months prior – even though the assault is just now being reported in the aftermath of last weekend’s debauchery.

Whether it is retribution against another member (regardless of the outcome of the investigation, damaging administrative and procedural actions will be taken against the accused) or an attempt to avoid personal disciplinary action (regardless of the outcome of the investigation, my collateral misconduct will not be pursued), hundreds of false allegations of sexual assault in the military are made every year.  While intended to address the perceived “chilling effect” on reporting, as this author can personally attest, mandating that collateral misconduct not be adjudicated within the DoD will create an incentive to fabricate a claim.

Due to the difference in reporting amongst the services, the total number of complainants in the DoD who are associated with collateral misconduct is unknown.[7]  However, most judge advocates and legal advisors can attest that a significant number of sexual assault investigations involve some form of collateral misconduct on the part of the complainant.  As it is nearly impossible to find a commander willing to pursue action against a member for making a false accusation (UCMJ violation of Article 92, False Official Statement), fictitious claims of sexual assault connected to collateral misconduct will continue to go unchecked.

However, that is not the only consequence of this policy.  A change of this nature will subsequently ensure that the credibility and sincerity of a complainant, is further scrutinized during a criminal or administrative proceeding.

At trial, the quickest way for a defense counsel to create reasonable doubt is to establish a motive for the complainant to fabricate — “the witness is lying because of X.”  Even in those instances where a legitimate allegation is being made, doubt can still be created when the complainant has been systematically absolved of misconduct. Using the previous example – the Marine is lying because they were accused of being drunk and disorderly but, now that they’ve made a claim of sexual assault, they no longer face punishment for that infraction.  Subsequently, justice for legitimate cases of sexual assault will be eluded, due to a perceived motive to fabricate.

While it may sound like a good idea, the department must face the harsh realities of the second and third order effects of this proposed policy. Not allowing the adjudication of collateral misconduct creates a motive to falsify a claim of sexual assault and subsequently, breeds a new class of victims; those wrongfully accused who have to endure the grueling and seemingly interminable administrative effects of the military justice system.  Investigatory agencies will continue to be backlogged with inflated caseloads created by an influx of false claims; increasing the investigation and adjudication timeline. Disciplinary proceedings will be impacted by complainants who are made to appear to have a motive to lie; creating an additional barrier to a finding of guilt.

Plainly stated, considering the unique environment of the U.S. military, a “get out of jail free” card for alleging a sexual assault is enough of a reason to falsify a claim or during an adjudication proceeding, find reasonable doubt in the complainant’s story.  The department should continue to allow collateral misconduct to be adjudicated – removing the incentive to make a false claim. The misconduct should be handled prior to adjudication of the sexual assault allegation – removing the issue of motive to fabricate, on this basis, altogether.